Opposition Belarusians and the diaspora have a new form of struggle against the Lukashenka regime. But the wrong German company was under attack. Siemens Energy and Commerzbank answered Deutsche Welle's questions. 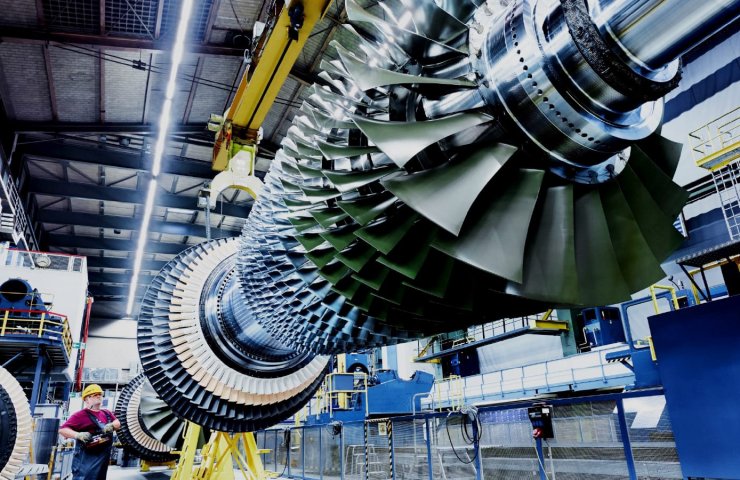 German edition Deutsche Welle (Deutsche Welle ) received comments from the German technology concern Siemens and one of the country's largest financial institutions, Commerzbank, about the wave of indignation of the Belarusian opposition and the diaspora after the delivery of German turbines to the Belarusian nuclear power plant.

The publication recalled that since the end of February this year Siemens and Commerzbank have been faced with what is commonly called a shitstorm in the modern Internet language - a massive attack of social media users on company accounts.

Almost under every post of companies on social networks, for example, on Facebook, there are comments, often dozens, in English, partly in German and Russian, something like this: “Stop working with dictator Lukashenka!”, “Don't support violence and torture in Belarus! ”,“ The contract with Brestenergo is bloody money. ”

The newspaper asked the press services of Siemens and Commerzbank to comment on the situation and received answers to all questions.

The press service of Commerzbank noted that "the mentioned energy project serves to modernize the energy supply in Belarus and thereby the energy security of the population." In general, the bank does not conduct business in Belarus itself and concentrates on financing German exports to this country.

Further, in the written response, it is emphasized that the bank "does not carry out transactions with the direct or indirect participation of individuals or legal entities, organizations and institutions under sanctions." Deutsche Welle noted that the EU did not impose any sanctions on the supply of energy equipment to Belarus.

The press service of Siemens Energy replied that “by supplying gas turbines to Belarus on the basis of a tender held at the end of 2018, Siemens Energy supports the development of the energy infrastructure of this country. Electricity is necessary to meet basic human needs and thus serves all residents of the country. ”

In business cooperation with Belarus, the response goes on to say, the company "strictly follows, of course, all applicable national and international regulations and orders." In conclusion, the press service of Siemens Energy assured German journalists: “We are, of course, very closely watching how people in Belarus demand more democracy, and the current development of events.”

Recall that on March 16, 2020, the Siemens concern accepted the order for turbines for nuclear power plants from Belarus, and two weeks later, on April 1, it separated all its power engineering industry into an independent joint-stock company Siemens Energy and on September 28 brought it to the stock exchange. Therefore, it was he who had to answer the shitstorm. The Munich group remains the largest shareholder in the new company, which will move its headquarters to Berlin this year, but is no longer responsible for Siemens Energy's business.

Analysts at JP Morgan Chase & Co. recommended on Friday to increase the share of Siemens Energy in the investment portfolio with a target price of 31.00 euros. Taking into account the latest quotation of 28.85 euros, the upside potential of the company's shares is 7.45%.

Recommended:
Half of the new DMZ employees came to the plant under the action "Bring a friend - get a bonus"
Interpipe expands the supply of railroad metal products to the North American region
Dneprospetsstal reported on the successful completion of the first stage of immunization against COVID-19
On this topic
Germany's second largest private bank closes branches in 15 countries
Deutsche Bahn with Siemens help to switch to hydrogen trains from 2024
German parliament officially recognizes elections in Belarus as rigged
The European Union agreed to impose sanctions against Alexander Lukashenko
Belarusian steel plant resumes work after the strike of those who disagree with Lukashenko's
AFP: In Minsk to protest against the Union with Russia came about 1000 people
Add a comment
Сomments (0)
News Analytics
The capacity of the domestic steel market in Ukraine in January-March decreased19-04-2021, 10:33
In Russia, there is an exuberant demand for agricultural machinery19-04-2021, 10:24
Iran is satisfied with the reaction of the world community to 60% enrichment of18-04-2021, 13:24
Gas prices in Ukraine have reached a record value over the past two years -16-04-2021, 17:24
Ukrmetallurgprom asks the Antimonopoly Committee to allow Metinvest to bid for16-04-2021, 17:23
World Steel Association predicts a good year for metallurgists15-04-2021, 18:19
World Steel Association defines green steel and its variations12-04-2021, 13:14
China unlikely to cut steel capacity in 2021 due to high steel prices07-04-2021, 12:11
Scrap metal market at the beginning of April02-04-2021, 11:10
Rising Chinese Prices Fueled Rising Global Steel Prices - MEPS25-03-2021, 18:54
Sign in with: