Lead is a powerful neurotoxin that causes irreparable damage to the brains of children. In children under the age of five, lead damages the brain before they can fully develop. 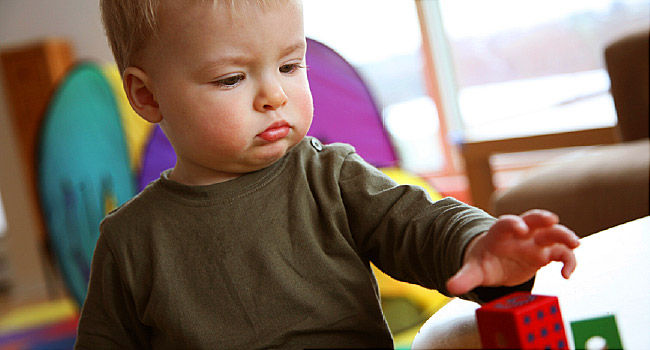 The consequences of lead poisoning in children are so serious that they can impair their mental abilities and even lead to death. This substance is especially dangerous for young children, since the amount of lead that is absorbed in their body is many times greater than in adults. However, this problem has not received due attention, especially in developing countries.

This is stated in a new report by the United Nations Children's Fund (UNICEF). Its authors found that about one in three children in the world, and this is about 800 million children, have blood lead levels of 5 micrograms per deciliter (mcg /dl) or even higher. At this level, urgent measures must be taken to save the child.

Henrietta Fore added that information about the scale of lead contamination, as well as awareness of the damage it causes to human health, are designed to mobilize everyone to protect children from this "killer".

The Toxic Truth: Lead Infection In Children Reduces Their Future Development, provides information on the problem globally, as well as five country case studies on the effects of lead and other toxic heavy metal wastes on children. In particular, such studies were carried out in Bangladesh, Georgia, Ghana, Indonesia and Mexico.

In 2018, information appeared about the detection of an increased level of lead in the blood of Georgian children, which forced UNICEF to conduct the largest study of the problem in cooperation with the National Statistical Office of Georgia. More than 1,570 venous blood samples were collected across the country from children aged 2-7 years. These samples were sent for research to the Italian National Institute of Health in Rome.

The results were extremely alarming: Across Georgia, 41 percent of children have blood lead levels equal to or above 5 μg /dL, about ten times higher than in high-income countries. 16 percent of Georgian children had lead levels above 10 μg /dl.

In the wake of the study, a national strategy for solving this problem was developed. Georgian families with small children were advised to wash their hands more often, handle children's toys, make sure that these toys are not made of toxic materials, and pay attention to where children play. Another call is to be careful when choosing spices that are abundantly used in Georgian cuisine.

The authors of the report note that lead is a powerful neurotoxin that causes irreparable damage to the brain of children. In children under five years of age, lead damages the brain before they can fully develop, and causes neurological, cognitive and physical impairments throughout their lives. Childhood exposure to lead also leads to future mental health problems and increases in crime and violence. Later in life, the presence of lead can result in kidney damage and cardiovascular disease.

The main source of poisoning is improper battery disposal

The report notes that the leading cause of lead poisoning among children living in low- and middle-income countries is inappropriate disposal of lead-acid batteries. In these countries, the number of vehicles has tripled since 2000. The growing number of car owners, coupled with a lack of regulations and infrastructure for battery disposal, has resulted in up to 50 percent of lead-acid batteries being recycled in unofficial “workshops” in unsafe conditions. Workers in hazardous and often illegal waste disposal processes open battery compartments, spill acid and lead dust into the soil, and smelt the recovered lead in open ovens. At the same time, toxic fumes are released, poisoning the environment. The experts urged States to urgently ensure the proper disposal of lead-acid batteries.

Lead is found in toys, spices and cosmetics

At the same time, the UN recalled that lead is everywhere. It gets into the child's body, in particular, when using lead pipes for water supply. It is added to paint and used in mining. Lead is found in leaded gasoline, spices, cosmetics, some medicines, toys, and other consumer products. Parents with lead jobs often bring lead-contaminated clothing home, which can remain on hair, hands and shoes, exposing children to toxic elements.

Lead can be safely recycled

The good news, according to the report's authors, is that lead can be safely recycled.

Recommended:
Zlatoust Metallurgical Plant spoke about new types of mastered metal products
Metallurgical plants in the temporarily occupied territory of Donbass appointed a new manager
Laying the Sino-Russian Gas Pipeline on the Yangtze Seabed Challenges Many Global Technical Parameters
On this topic
Who declared a state of emergency is not due to the outbreak of coronavirus in China, and due to
Iran is preparing to strike back at the United States military facilities
11 people died in the Philippines after drinking coconut wine during the celebration of Christmas
Steel secrets demand
UN Secretary General: humanity has a chance to cope with global warming
Los Angeles Times: a Perfect storm in the American market of steel
Add a comment
Сomments (0)
News Analytics
Metinvest's Italian contractors reveal details of the investment project in16-06-2021, 23:01
Energoatom approved Electrotyazhmash as a supplier of turbine generators for16-06-2021, 14:57
Representatives of Ukraine and Germany discussed the prospects for cooperation16-06-2021, 10:49
Vestas and DTEK RES signed an agreement for the supply of wind turbines for the16-06-2021, 10:45
SSAB agrees with Volvo to supply and refine HYBRIT decarbonized steel16-06-2021, 10:40
Vaccinations fuel demand for platinum - World Platinum Investment Council08-06-2021, 12:55
Sharp price growth continues in the rolled metal market - Ukrpromvneshexpertiza08-06-2021, 11:04
Analysts note overheating of the global scrap metal market01-06-2021, 13:28
Hydrogen-fueled steelmaking could be competitive after 2050 - McKinsey19-05-2021, 14:22
Steel raw material prices are skyrocketing across the board18-05-2021, 12:34
Sign in with: