According to the WHO, about seven million people die every year from air pollution worldwide, and nine out of 10 people breathe air, the content of pollutants in which exceeds the recommended standards. 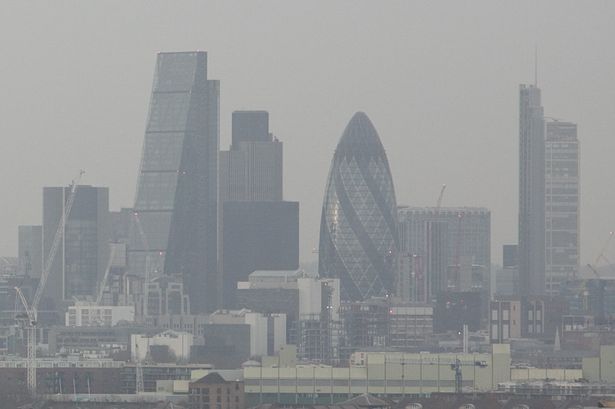 The mother of a nine-year-old girl who died of acute respiratory failure after persistent asthma attacks in 2013 said on Monday that a second coroner's investigation into her child's death would conclude that air pollution played a critical role in her death.

In 2018, a British expert noted a "striking link" between levels of nitrogen dioxide (NO 2 ) and harmful particulate matter while a girl was hospitalized for treatment.

The ruling that air pollution caused her death will be the first of its kind in the UK. This case could become one of the precedents according to which decisions made by the higher courts in England and Wales are binding for the lower courts to use in similar situations.

“I hope and keep my fingers crossed that the coroner, after listening to all the evidence, will come to the conclusion that air pollution caused or contributed to her death, and that is all I ask for,” says Ella's mother Adu-Kissi-Debrah ... “All children have the right to breathe cleaner air, and I will repeat that because children should not die of asthma.”

The first coroner's investigation in 2014 revealed that Ella died of acute respiratory failure caused by severe asthma. But the decision was canceled after the conclusion of a specialist.

A second hearing, over the next 10 days, will examine the level of pollution the young woman has experienced.

The family lived less than 30 meters from South Avenue, a busy and regularly congested highway, in Lewisham, southeast London.

Coronary inquiries are conducted in England and Wales in the event of sudden or unexplained death. They establish causes and circumstances of death based on a balance of probabilities.

They do not define criminal or civil liability, guilt or guilt, but set out facts that are in the public interest.

After the death of her oldest daughter, Rosamund Addo-Kissi-Debrach campaigned to improve air quality and raise awareness about asthma, especially among children.

She said the pollution near the family home was "definitely not visible," but the government needs to clean up the air given the number of people who live near busy roads.

“Thousands of children across the UK suffer from asthma, and every time there is a spike in air pollution, some are admitted to the hospital,” she said.

According to the Mayor of London, the World Health Organization (WHO) recommended air pollution restrictions have been violated in 99% of the British capital.

According to the WHO, about seven million people die every year from air pollution worldwide, and nine out of 10 people breathe air, the content of pollutants in which exceeds the recommended standards.

Low- and middle-income countries are hit hardest, and this problem contributes to premature death.

Recommended:
In China, the line for Tesla Model Y stretched until summer
Russia may restrict the export of metal products due to a sharp rise in prices on the domestic market
Miners of the Raspadskaya mine have produced more than 5 million tons of coal since the beginning of 2020
On this topic
September 7 is the International Day of Clean Air - the UN has prepared a report
Yuzhmash told whether it is possible to launch reusable rockets from the Black Sea
How the reform of the electricity market in Ukraine can lead to a collapse and what to do about it
Stopped nuclear power plants and mines. What's going on in the energy sector of Ukraine?
A new lawsuit for "Gazprom": what does "Naftogaz" in the Stockholm arbitration?
Will the UK government interfere with British Steel?
Add a comment
Сomments (0)
News Analytics
Germany gave permission for the completion of Nord Stream 2 in January - May15-01-2021, 11:10
Zaporizhstal exported about 900 thousand tons of rolled metal along the Dnieper15-01-2021, 11:39
Russian automotive market shrank 9.1% in 202015-01-2021, 09:44
Installation of a spreader made by Ukrainian NKMZ continues in Uzbekistan15-01-2021, 09:06
KZhRK began work on the installation of a new skip hoisting unit at the15-01-2021, 09:37
China will overtake the United States to become the world's largest economy in27-12-2020, 12:04
The shortage in the US steel market will last at least until the end of the25-12-2020, 11:36
Steel production in China to surpass one billion tons this year23-12-2020, 10:59
Iron ore prices hit seven-year high and continue to rise15-12-2020, 10:26
Prices for metallurgical raw materials continue to rise in regional markets10-12-2020, 11:32
Sign in with: