Working is unhealthy and overworking is deadly - UN study

Long hours of work lead to strokes and heart disease and kill hundreds of thousands a year, according to a new joint study by two leading UN agencies. 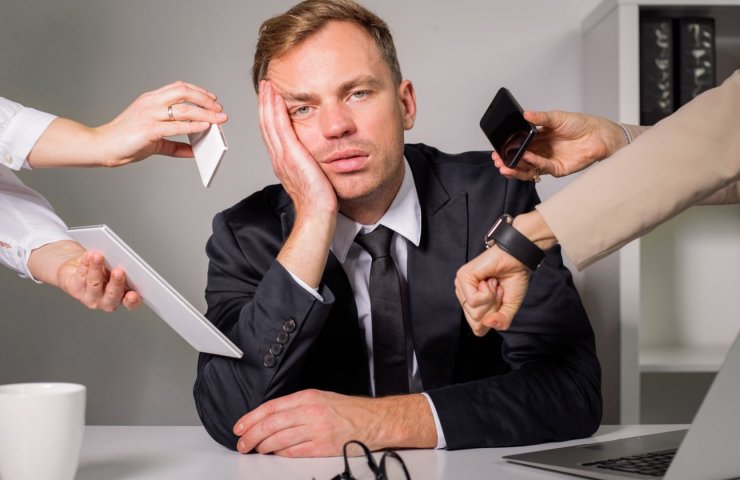 A workload of 55 hours or more per week compared to a workweek of 35 to 40 hours increases the risk of stroke by about 35 percent and the risk of coronary heart disease by 17 percent. This is stated in a joint study by the World Health Organization (WHO) and the International Labor Organization (ILO), published today in Environment International magazine.

This is the first attempt at a global analysis of mortality and morbidity caused by excessive working hours.

It turned out that, for example, in 2016, 745,000 died from stroke and coronary heart disease - they all worked at least 55 hours a week. This figure is 29 percent more than in 2000. At the same time, the number of people working overtime is only growing and currently accounts for 9 percent of the world's population.

A new analysis is being conducted as the COVID-19 pandemic has drawn attention to the issue of working hours.

“The COVID-19 pandemic has fundamentally changed the way many people work,” said WHO Director-General Dr Tedros Adhanom Ghebreyesus. “Remote work has become the norm in many industries, often blurring the lines between home and work. In addition, many businesses have been forced to close or completely shut down to save money, and people who are still paid end up working longer. ”

According to experts, men die from the effects of overwork more often than women - they account for 72 percent of all work-related deaths. Moreover, excessive workload affects, as a rule, at an older age. For example, most deaths have been reported among people aged 60-79 who worked more than 55 hours a week when they were 45-74 years old. It was also found that among those who pay with their health for long-term work, the largest part are residents of the Western Pacific and South-East Asia.

“No job is worth the risk of a stroke or heart attack,” says the head of WHO, Dr. Tedros. “Governments, employers and workers must join forces and agree on certain restrictions that will protect people's health.”

Overtime is estimated to account for about one third of the overall disease burden, and this factor is recognized as the most important risk factor for occupational disease.

“Working 55 hours or more per week is a serious health hazard,” said Dr. Maria Neira, Director of the World Health Organization's Department of Environment, Climate Change and Health. “The moment has come when we - governments, employers and workers alike must realize that long hours of work can lead to premature death.”

The authors of the report make a number of recommendations that will help to avoid illness and death associated with excessive working hours. In their view, laws, regulations and rules that prohibit compulsory overtime and limit maximum working hours can play an important role. Limits on working hours and more flexible working conditions should be included in bilateral or collective agreements between employers and trade unions.

Финансовая аналитика, прогнозы цен на сталь, железную руду, уголь и другие сырьевые товары. More news and analytics on Metallurgprom telegram channel - subscribe to get up-to-date market information and price forecasts faster than others.
Сomments
Add a comment
Сomments (0)
On this topic
WHO /ILO report: Approximately 2 million people die each year from work-related illness and injury
Pandemic's impact on labor markets is worse than anticipated - International Labor Organization
COVID-19 pandemic plunges global labor income by $ 3.5 trillion
The UN believes that the world did not hear the warnings of the Global Preparedness Monitoring
Who published the results of a study of the effects of climate change
Why you shouldn't be afraid of virus mutations, is it dangerous to travel during a pandemic and
Recommended:
Nucor Rolls First Steel Sheet at New Kentucky Steel Plant
British scientists have found a way to cut CO2 emissions from steel production by 90%
Steel production in China rose in the first decade of January
News Analytics
Electric vehicles will play a key role in US aluminum production growth - Norsk01-02-2023, 12:17
The former president of Motor Sich was accused of aiding terrorists01-02-2023, 11:39
European stainless steel producers ready to raise prices31-01-2023, 16:16
World steel production in December 2022 collapsed by 10%31-01-2023, 14:36
Ukraine arrested Russian metallurgical assets31-01-2023, 10:13
European stainless steel producers ready to raise prices31-01-2023, 16:16
S&P: Russia will continue to dominate the steel export market in the Black05-01-2023, 11:22
Fitch Analysts Predict Big Drop in Global Steel Consumption This Year14-12-2022, 13:59
Analysts predict 5% annual growth in the iron casting market through 203006-12-2022, 12:44
Commodity prices will fall, metals quotes will rise slightly - Focus Economics28-11-2022, 13:28
Sign in with: