UN chief called for full decarbonization of the world economy

Antono Guterres believes that the goal of achieving carbon neutrality should be integrated into all economic and tax strategies. 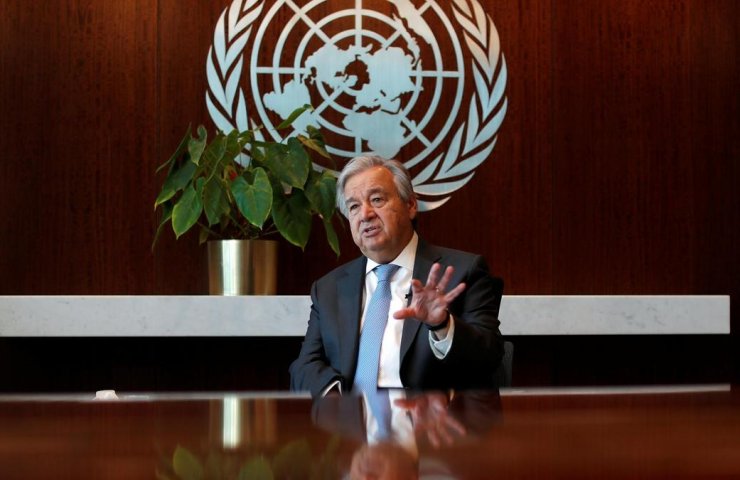 The international community can and must achieve the complete decarbonization of the world economy by 2050. This was announced by Secretary General Antonio Guterres, speaking at the third annual economic forum Bloomberg. The head of the UN proposed to actively introduce a tax on carbon emissions, as well as to abandon coal mining and cancel subsidies for fossil fuels. He noted that today most countries in the world have announced their intention to achieve zero emissions by 2050.

“We recently heard some encouraging statements. The European Union, Japan and the Republic of Korea, as well as more than 110 other countries, have pledged to become carbon neutral by 2050. China has announced that it will do this by 2060, ”said Anton Guterres.

The Secretary General proposed to reduce taxes on income of the population, and to take more taxes from those who pollute the atmosphere with greenhouse gases. “Carbon has to have a price. The days of fossil fuel subsidies are over. We must gradually abandon coal as well, ”Guterres said.

He believes that the goal of achieving carbon neutrality should be integrated into all economic and tax strategies. This will bring about transformation in industry, agriculture, transport and the energy sector.

Carbon neutral, or zero carbon, means carbon dioxide emissions must not exceed the amount absorbed by oceans and forests. Recalling today's challenges and problems, Guterres urged to solve them by joint efforts.

“The world is now facing a health crisis, an economic disaster and a climate emergency. The UN has focused all its efforts on saving lives, preventing transmission of the virus and mitigating the impact of COVID-19. We are committed to a massive rescue package for the most vulnerable people and countries. We are striving for a ceasefire on a worldwide scale and fighting disinformation, ”the UN head stressed.

He believes that today everyone needs to learn from the pandemic and fight all problems at the same time, including social inequality. As Guterres said, the current pandemic has shown that in an emergency, humanity can think and act large-scale, which means that you need to adhere to such principles, overcoming other crises.

“We are all focused on fighting the pandemic right now and rightly so. But, overcoming one crisis, we have the opportunity to find a way out of others, ”said the UN head.

Recommended:
Ukrzaliznytsia invests over UAH 26 billion in infrastructure and rolling stock
Ukrainian pipe manufacturer "Centravis" strengthens expansion in international markets
Dneprospetsstal completed overhaul of radial forging machine
On this topic
UN Secretary General welcomes South Korea and Japan's decision to reduce greenhouse gas emissions
UN head announced the possible death of humanity before the end of this century
UN Secretary General calls on Armenia and Azerbaijan to immediately stop hostilities
UN Secretary General demanded from Japan to stop financing coal power plants
UN Secretary-General on the situation in the world: wind of hope has been replaced by wind of
The UN Secretary General in Davos stated that without reductions in greenhouse gas emissions "we
Add a comment
Сomments (0)
News Analytics
US Provides $ 20 Billion in Government Support to Airlines to Pay Salaries02-12-2020, 19:25
Metinvest closes its first securitization deal02-12-2020, 19:05
Sanjiv Gupta one of these days will find out all the financial secrets of the02-12-2020, 19:18
EU asks Biden to abolish duties on steel and aluminum02-12-2020, 15:16
Mariupol plant named after Ilyich produced the first 20 thousand tons of02-12-2020, 15:54
European Union scrap collectors worried about possible export restrictions18-11-2020, 10:41
Occupational diseases of workers in the extractive industry: types and ways to16-11-2020, 17:49
Eurofer expects recovery in EU steel demand05-11-2020, 09:47
Hot rolled carbon steel demand will continue to grow by 4% pa until 203004-11-2020, 16:14
Platts Steel Trade Review: China Will Decide Asia's Fate30-10-2020, 10:04
Sign in with: