Birdsong consoles and rescues during a pandemic - UN

May 8 - World Day of Migratory Birds. On this occasion, the UN called on everyone to join the campaign to protect these birds and preserve their habitat. This year, the day is dedicated to "bird song" and "bird flight" - phenomena that can inspire, unite, and even console and save during a pandemic. 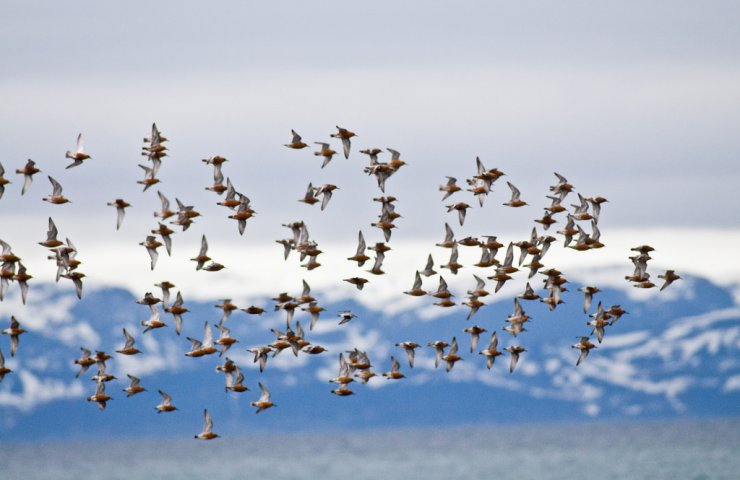 The theme of World Migratory Birds Day 2021 is intended to remind people of the need to reconnect with nature, listen to the beautiful singing of birds and watch them.

Birds can be seen everywhere: in cities and villages; in parks and courtyards, in forests and mountains, in wetlands, and along the coast. “They connect all these habitats, unite us, reminding us of our own connection with the planet, the environment, wildlife and each other,” notes UNEP.

World Day of Migratory Birds is celebrated twice a year - in October and May, in the months during which seasonal birds migrate. Billions of birds go on long journeys every year. Most of them migrate from northern nesting areas to wintering sites in southern latitudes.

Other birds nest in the lowlands during the winter months, and fly to areas at high altitudes in the summer. Many of them travel huge distances every year, for example, flying 11,680 km between Alaska and New Zealand.

Many dangers lie in wait for them all the way. Many birds die during such travels, and often such a fate is associated with the loss of habitat, as well as poaching.

According to UNEP, globally every eighth bird species is endangered, including the European turtledove. Its population has declined by more than 90 percent since the 1970s.

Now scientists around the world are studying the impact of the pandemic on birds, in particular how the temporary cessation of human activity has affected the birds. In parallel, scientists are investigating the benefits of bird singing to human health.

Финансовая аналитика, прогнозы цен на сталь, железную руду, уголь и другие сырьевые товары. More news and analytics on Metallurgprom telegram channel - subscribe to get up-to-date market information and price forecasts faster than others.
Сomments
Add a comment
Сomments (0)
On this topic
How Tesla became the world's most valuable automaker
What is the Internet of Things?
Revealed the cause of high mortality from coronavirus in patients with diabetes
Coronavirus brings 50 new billionaires to healthcare
China bans BBC World News broadcast in country over inappropriate content
Corruption killed thousands of people during pandemic - UN General Assembly President
Recommended:
India plans measures to stimulate domestic steel exports
Zaporizhstal summed up the results of production in October 2022
Metinvest intends to receive compensation from Russia for the destroyed plants in Mariupol
News Analytics
Australia and the UK aim to catch up and overtake China in the battery metal26-11-2022, 22:37
The United States imposed a ban on the import and sale of equipment from26-11-2022, 22:31
The pipe metallurgical plant in Nikopol continued to work after a short stop26-11-2022, 22:52
The state will not support the export of metals from Russia - Ministry of25-11-2022, 13:18
ArcelorMittal Kryvyi Rih suspends production due to shelling of energy25-11-2022, 12:04
Platinum market to face shortage next year - WPIC22-11-2022, 18:25
Global steel demand falls and will fall by 2.3% in 2022: WorldSteel19-10-2022, 23:12
Iron ore prices fall to 11-month low15-10-2022, 10:36
China production cuts in winter will give limited boost to steel markets -15-09-2022, 10:09
Steel prices may rise as manufacturers stop production11-09-2022, 14:06
Sign in with: