What are the reasons for the shortage of raw materials in the world?

A lot of German enterprises, for example, auto concerns, construction firms or confectionery factories, complain about interruptions in the supply of raw materials. And the reason is not only a pandemic. 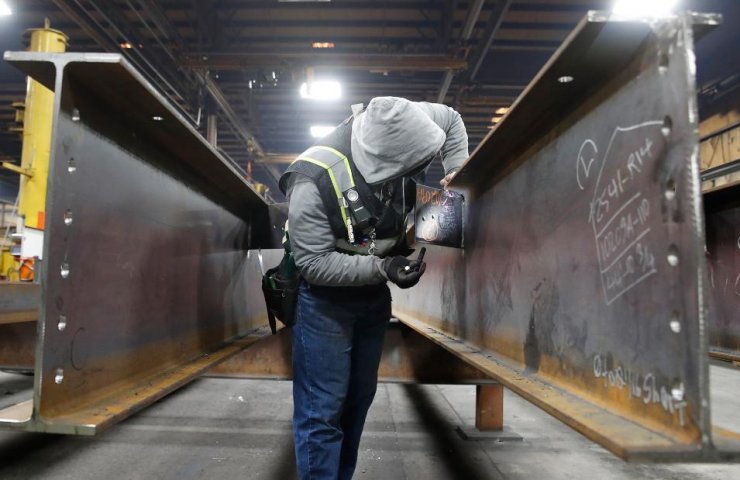 The demand has reappeared, but now the supply is lame. Whether it's chips, plastic or wood, raw materials are scarce in many areas. And this, indicates the Munich Institute of German Economics (Ifo), has become a "serious problem" for the national economy of Germany. Almost half (45 percent) of industrial companies surveyed in April complained about interruptions in the supply of raw materials and components. The last time the situation was so problematic was in January 1991 - 30 years ago.

German automakers and machine tool builders have been complaining about the lack of microchips for a long time, but now, according to Ifo expert Klaus Wohlrabe, there is a kind of domino effect: a shortage of raw materials leads to interruptions in the work of enterprises in some industries, and this starts fever manufacturers in other areas.

There are more and more reports that German automakers have to cut production and send workers to work shorter hours.

Not only are there not enough microcircuits, but also conventional semiconductors. And in a modern car, there can be more than a thousand such parts.

There are also interruptions in the supply of synthetic raw materials. The situation is extraordinary, says Michael Weigelt, board member of the Plastics Processing Association. And this applies to the entire spectrum of polymer raw materials. As a result, firms not only have to put up with rising prices for it, but also with non-fulfillment of orders for deliveries in full. And the shortage of packaging materials negatively affects the work of manufacturers of sweets and confectionery products.

The reasons for supply chain disruptions are different. Some links were weakened and out of order due to the coronavirus. The worldwide recession last year led to a decline in semiconductor production. And few expected the global economy to start recovering so quickly.

In addition, the pandemic has accelerated the digitalization process. More and more people around the world are working from home, and schoolchildren are often taught remotely. Accordingly, the demand for the necessary equipment has increased, and with it - for microprocessors.

The situation in which automakers and their subcontractors find themselves is aggravated by the fact that they depend on a rather small number of suppliers, including TSMC, GlobalFoundries, Samsung Electronics, United Microelectronics and SMIC, whose production facilities are located mainly in China, South Korea, USA and Taiwan.

The situation is not expected to improve quickly. “We assume that the semiconductor deficit will even worsen in the second quarter,” said Jens Ulbrich, chief economist of the Bundesbank. And only from the second half of the year, according to his forecast, the situation will begin to stabilize.

Freezing temperatures in Texas, fires in Japan, drought in Taiwan

And partly the problems arose and simply due to accidents or vagaries of the weather. A microchip factory in Texas was forced to halt production because severe frosts in February resulted in power outages. In Japan, a semiconductor plant partially burned down in a fire. In Taiwan, due to the drought, there have been complications in the production of microcircuits, which requires significant amounts of water.

The situation in the production of synthetic materials also worsened last winter, when due to severe frosts, some factories in the United States had to be stopped. And the demand for timber, which is growing in North America, remained unsatisfied at the expense of domestic resources, as local forests have been severely affected by fires and pests.

The global economy is still feeling the aftermath of the Suez Canal accident, which in March this year blocked the container ship Ever Given for almost a week. Thousands of its containers were not delivered on time to their recipients, and hundreds of other cargo ships were stuck in traffic jams on both sides of this most important waterway of world trade.

And then, when Ever Given was finally freed up, all these ships piled up in front of the ports of destination, which could not immediately receive them all, unload and reload them. This, in turn, exacerbated the problem of the shortage of the containers themselves, which arose even before the accident in the Suez Canal. The fact is that due to the global trade crisis caused by the pandemic, many containers ended up in the wrong place, and the ships stood idle in ports for several months and were not unloaded as quickly as during normal times.

According to Angela Tizrat, the chairman of the board of the Hamburg logistics concern HHLA, world shipping will recover from the turmoil only in the summer and enter a normal schedule. And only after that, freight prices will decrease again, which on some Asian destinations have increased by

Финансовая аналитика, прогнозы цен на сталь, железную руду, уголь и другие сырьевые товары. More news and analytics on Metallurgprom telegram channel - subscribe to get up-to-date market information and price forecasts faster than others.
Сomments
Add a comment
Сomments (0)
On this topic
How the reform of the electricity market in Ukraine can lead to a collapse and what to do about it
Yuzhmash told whether it is possible to launch reusable rockets from the Black Sea
Eurozone Growth Rising: Respite or Tipping Point?
The deficit in Britain: the Brits are stocking up before Brexit
Autogarantas enhanced and lengthened
How long will the ceasefire in the trade war between China and the United States last?
Recommended:
Dneprovsky Metallurgical Plant received almost UAH 2 billion in net profit last year
Ukraine and the United States announced cooperation in the field of small modular nuclear reactors
Ukraine reduced the export of semi-finished products from carbon steel by 70.3%
News Analytics
China's iron ore output to rise in 2023 as new projects are launched30-11-2022, 18:10
"Centravis" agreed to supply a new batch of seamless pipes to a30-11-2022, 16:51
Metinvest enterprises in Ukraine resumed work after massive shelling of29-11-2022, 11:59
The European Council added the violation of restrictive measures (sanctions) to28-11-2022, 14:22
The abolition of export duty in India may reduce the price of Turkish steel28-11-2022, 14:07
Commodity prices will fall, metals quotes will rise slightly - Focus Economics28-11-2022, 13:28
Platinum market to face shortage next year - WPIC22-11-2022, 18:25
Global steel demand falls and will fall by 2.3% in 2022: WorldSteel19-10-2022, 23:12
Iron ore prices fall to 11-month low15-10-2022, 10:36
China production cuts in winter will give limited boost to steel markets -15-09-2022, 10:09
Sign in with: