By 2050, fires, floods, droughts and hurricanes will displace an estimated 216 million people from their homes and seek safer and more prosperous living conditions in their own countries. The World Bank warns about this. 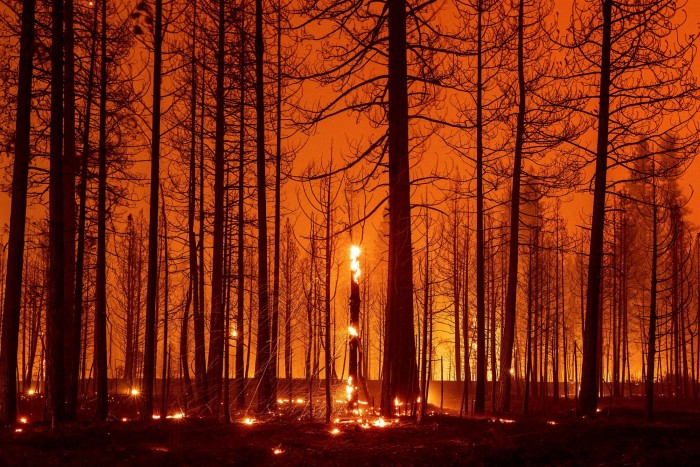 In a new report, its experts recall the rapid global warming, the consequences of which will be debilitating heat waves, droughts, fires, hurricanes, torrential rains and floods. The melting of glaciers at the poles will lead to a rise in sea levels. All these phenomena will force many people to leave their home towns and villages and look for a better life elsewhere, mainly in their own countries.

Already today, the Earth's temperature is about 1.2 degrees higher than in the pre-industrial era. Further warming will lead to the fact that by 2050, 216 million people in six regions of the world will move to other parts of their countries. Experts do not exclude that in many regions, hotbeds of internal climatic migration may form even earlier - by 2030.

By 2050, Eastern Europe and Central Asia will have 5 million climate internal migrants

According to World Bank forecasts, by 2050 the number of internal "climate" migrants in sub-Saharan Africa could reach 86 million, in East Asia and the Pacific - 49 million, in South Asia - 40 million, in North Africa - 19 million, Latin America 17 million, and Eastern Europe and Central Asia 5 million.

At the same time, the authors of the report emphasize that these are just forecasts. They believe that immediate action to reduce global emissions and support green, inclusive and sustainable development will reduce internal migration by as much as 80%.

The report provides information on only three regions: East Asia and the Pacific, North Africa, and Eastern Europe and Central Asia.

Финансовая аналитика, прогнозы цен на сталь, железную руду, уголь и другие сырьевые товары. More news and analytics on Metallurgprom telegram channel - subscribe to get up-to-date market information and price forecasts faster than others.
Сomments
Add a comment
Сomments (0)
On this topic
Yuzhmash told whether it is possible to launch reusable rockets from the Black Sea
Corruption killed thousands of people during pandemic - UN General Assembly President
This day in history: the first launch of a unique Ukrainian rocket under the Sea Launch program
UN Secretary General urged to declare a state of emergency in the field of climate and proposed six
Who declared a state of emergency is not due to the outbreak of coronavirus in China, and due to
The transition to a carbon-free economy is actually not as expensive as they say - the experts
Recommended:
UK approves construction of new coal mine for the first time in 30 years
Energy efficiency investment worldwide tops $1 trillion in 2 years
The state will not support the export of metals from Russia - Ministry of Industry and Trade of the Russian Federation
News Analytics
ArcelorMittal launches flagship carbon capture and recycling project in Belgium08-12-2022, 14:59
The South Korean government "ordered" the striking truckers to return08-12-2022, 11:04
India expands RoDTEP export incentive scheme to steel and iron08-12-2022, 10:28
Volkswagen Anhui's first pre-production NEV rolled off the assembly line08-12-2022, 10:17
Chinese steel exports up 28.2% - customs data07-12-2022, 23:43
Analysts predict 5% annual growth in the iron casting market through 203006-12-2022, 12:44
Commodity prices will fall, metals quotes will rise slightly - Focus Economics28-11-2022, 13:28
Platinum market to face shortage next year - WPIC22-11-2022, 18:25
Global steel demand falls and will fall by 2.3% in 2022: WorldSteel19-10-2022, 23:12
Iron ore prices fall to 11-month low15-10-2022, 10:36
Sign in with: