The expected easing of the US Federal Reserve's monetary policy amid a slowdown in the US economy promises to create favorable conditions for the growth of bank lending in the GCC countries. 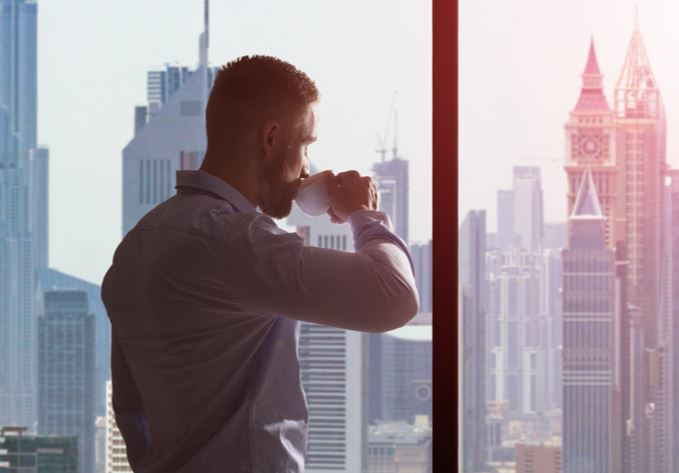 Despite the general improvement in the economic situation in the Middle East, businesses in the countries participating in the Cooperation Council for the Arab States of the Gulf (GCC - Bahrain, Oman, Kuwait, UAE, Qatar and Saudi Arabia) continue to experience difficulties in attracting funding. The problem of limited access to borrowed bank funds is especially acute for small and medium-sized enterprises in the region (SME). Due to the rise in oil prices, the volume of loans issued has increased slightly in recent years, but still lag significantly behind the historical averages.

This situation has developed for several reasons. When oil prices fell sharply, the GCC states began pouring funds into the economy from the reserve funds - but now, when prices recovered, these injections stopped, which significantly "cooled" the market. Another reason is the normalization of the US Federal Reserve's monetary policy. Since 2013, in which the Fed announced the beginning of the normalization process, the Central Banks of the GCC countries have been gradually raising interest rates on loans in line with the key rate of the US Federal Reserve.

Lending is growing, but not fast enough

As is often the case, at the moment the main factor on which the policy of Middle Eastern banks depends is oil price fluctuations (the Coface baseline scenario assumes an average annual price of $ 65 per barrel of Brent).

Coface experts predict that despite the rise in oil prices and the improvement of the economic climate in the region, the volume of private lending to businesses in the GCC member countries will grow by only 5% by the end of the year, while, for example, since 2013 by 2015, this indicator grew by an average of 9% per year. Research conducted by the Institute of International Finance (IIF) on the distribution of borrowed funds is also not encouraging - in the first quarter of 2019, Middle Eastern and North African banks continued to tighten conditions for issuing loans, so lending growth is unlikely to accelerate in the near future.

Data on the money supply in the GCC countries paint a similar picture: the amount of money in circulation is growing, but slowly. The volume of liquidity in the region is largely determined by oil prices and the policy of the US Federal Reserve, since the exchange rates of the national currencies of the GCC countries (with the exception of the Kuwaiti dinar) are fixed and pegged to the US dollar.

The expected easing of the US Federal Reserve's monetary policy amid a slowdown in the US economy promises to create favorable conditions for the growth of bank lending in the GCC countries.

The GCC countries have made significant progress in diversifying their economies, but oil sales are still the largest source of their budget revenues. Thus, in 2018, oil revenues accounted for about 70% of the total revenues to the state budget of Saudi Arabia. In Oman and Bahrain this figure is approximately 80%, in Kuwait and Qatar - 60%, in the UAE - 55%.

At the moment, oil prices are holding at a relatively high level, which allows the Middle Eastern banks to feel quite confident, but price volatility is a significant risk - especially considering that a number of GCC countries have already canceled budget savings.

Drivers of banking sector development in the GCC countries

Bahrain. Last year, Saudi Arabia, the UAE and Kuwait pledged $ 10 billion to Bahrain to save it from a potential debt crisis. This injection of liquid funds will provide banks with money supply and contribute to the growth of lending to enterprises. At the same time, however, it is worth remembering that most of Bahraini banks are focused on the domestic market, so the relatively low growth dynamics of non-resource sectors of the national economy may negatively affect the value of banking assets and worsen the climate in the sector.

Oman. In Oman, the development of the banking sector is hampered by the low growth rate of the national economy. In addition, Oman (like Bahrain) suffers from a rather severe budget and trade deficit, which worsens the climate in the banking sector. Despite a relatively high level of public investment and an overall improvement in the economic climate in the Middle East, the outlook for the Omani banking sector remains less optimistic than in other GCC countries.

Kuwait. The Kuwaiti authorities are taking active measures to diversify the economy and reduce the market's dependence on oil, which is beneficial for the bank