The metallurgical lobby of Ukraine called on President Volodymyr Zelenskyy to protect the interests of domestic industry in foreign markets, especially after the US and EU agreed to abolish duties on steel. 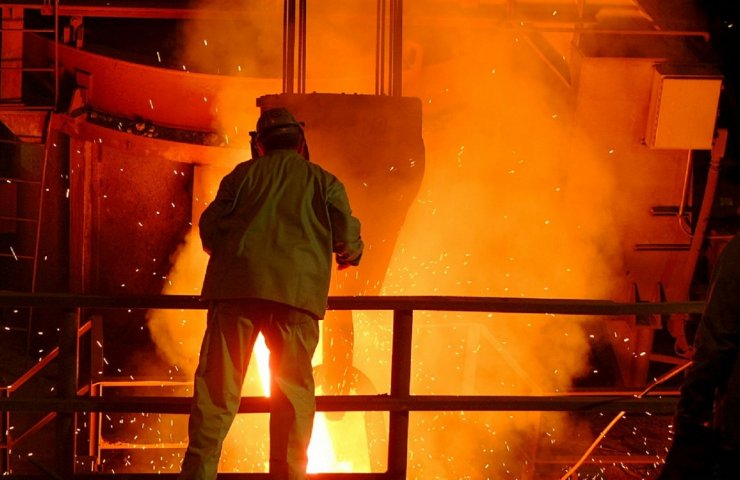 Association of enterprises "Ukrmetallurgprom" on behalf of the domestic mining and metallurgical complex appealed to President of Ukraine Volodymyr Zelenskiy about the need to resume dialogue with the US government regarding the abolition of the 25% duty on the import of Ukrainian metal products to the American market.

Earlier, the Federation of Employers of Ukraine made a similar appeal to the President, which drew attention of Volodymyr Zelenskyy to the fact that, in addition to the 25% duty, metallurgical products from Ukraine supplied to United States, the United States today has a number of tariff barriers that are an additional obstacle to competition.

OP "Ukrmetallurgprom" has also repeatedly called on the Ukrainian government to get an exclusion from the United States from the list of countries subject to duties. However, unfortunately, as a result of the somewhat uncoordinated position of various institutions of the American and Ukrainian executive authorities, in the past years it was not possible to properly complete the corresponding negotiations with the US Government. It is likely that the restrained position of the United States could be largely due to the difficult negotiations with the EU at that time, which completed successfully October 31, 2021.

"The agreements between Washington and Brussels will have a very negative effect on the Ukrainian mining and metallurgical complex, since domestic metal products on the US market will remain subject to a 25% duty, in contrast to the European one," Ukrmetallurgprom stressed. >

Ukraine is a strategic partner for the United States and the European Union, so it is only natural that Kiev can count on a similar approach from Washington to the issue of steel duties, as in the case of the EU. Moreover, the import of Ukrainian metal products does not hinder or threaten the US national security, since its share in the structure of steel imports in the US is less than 1%.

In addition, given the exceptional circumstances - Russia's aggression, the occupation of Donbass and the annexation of Crimea, as well as in view of the difficult economic situation in Ukraine, it is very important to abolish this 25% duty to provide tens of thousands of jobs for Ukrainian citizens. MMC of Ukraine generates over UAH 35 billion. taxes, and the export of metallurgical products provides more than 26% of foreign exchange earnings in our country.

It is quite obvious that now a window of opportunity is opening for Ukraine, and therefore, in the opinion of metallurgists, it would be advisable to return to negotiations on excluding Ukraine from the 25% duty, replacing it with a tariff quota for the supply of Ukrainian rolled metal to USA.