This is evidenced by the operational data of the Association of enterprises of ferrous metallurgy of Ukraine "Ukrmetallurgprom". 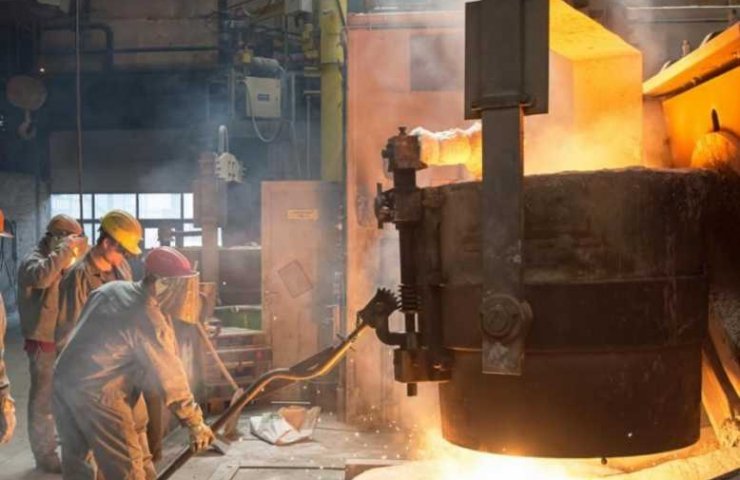 According to preliminary data from Ukrmetallurgprom, for 10 months of 2020, metallurgical enterprises of Ukraine smelted 17.02 million tons of steel, which is 5.3% less than in the same period last year (APPG).

Recall that in the nine months of 2020, Ukraine produced:

The results of the activity of the MMC of Ukraine for 10 months of 2020 indicate that the industry remains in a difficult situation caused by the crisis in the global steel market, aggravated by the coronavirus pandemic.

Previously it was reported that Metinvest's enterprises in Ukraine increased steel production by 22% in Q3 2020, pig iron production increased by 17%.

Сomments
Add a comment
Сomments (0)
Partner news
Recommended:
In Russia, export duties on the export of scrap metal may be increased to 100 euros per ton
Results of rolled metal production in Ukraine for 10 months of 2021
Production of flat-rolled steel at Metinvest's plants grew by a quarter in three quarters
On this topic
Steel production in Ukraine increased in nine months of 2021 by 6.3% to 16.29 million tons
Ukrainian metallurgical plants increased production of rolled metal by 8%
Ukrmetallurgprom clarifies data on iron and steel smelting in Ukraine for 2020
Steel production in September 2020
Ukrainian metallurgists summed up the results of the industry in the first half of 2021
Ukrainian production of iron and steel continued to fall in October
News Analytics
Elon Musk urges people to leave Binance, Coinbase and other cryptocurrency28-11-2021, 13:19
Ukraine's population is declining at one of the fastest growing rates in the28-11-2021, 13:09
Spain refuses to build uranium plant28-11-2021, 13:19
Elon Musk turned out to be from subsidies for Tesla plant in Germany27-11-2021, 11:33
State Service of Geology and Mineral Resources of Ukraine has updated data for27-11-2021, 11:40
What unites Ilona Mask and other richest people in the world31-10-2021, 12:28
Moldavian Gordian knot - big politics28-10-2021, 11:03
Elon Musk's equity capital is approaching the $ 300 billion mark27-10-2021, 13:26
Hopes are dying to end the world's dependence on coal25-10-2021, 16:54
Will the rise in steel prices limit metallurgical production?25-10-2021, 11:44
Sign in with: