Bearish sentiment has become increasingly dominant in regional markets as the Lunar New Year celebrations draw near, marking the Chinese Year of the Ox, MEPS writes on Friday. 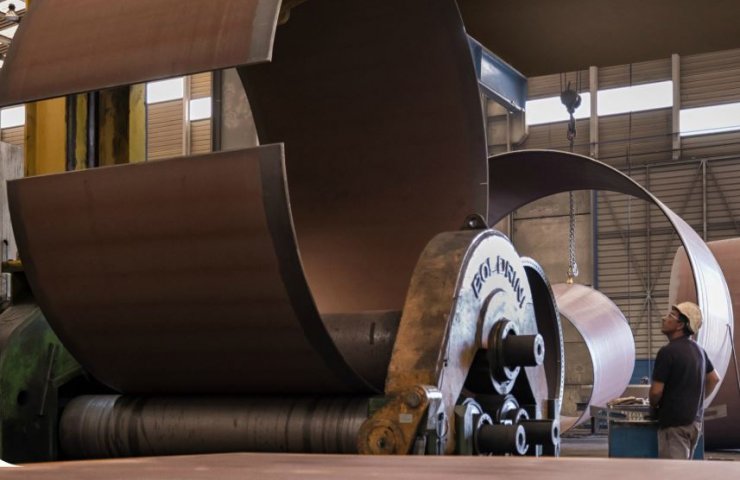 UK analysts from engineering company MEPS note that global steel price sentiment is showing signs of weakening. Steel demand and prices are falling in China and Turkey. This, in turn, lowers the cost of basic raw materials for steel production, such as iron ore and ferrous scrap.

Against the background of slowing growth in the global steel market, analysts are questioning the possibility of a further increase in the value of steel deals in Europe and North America.

In early January, steel prices continued to rise, continuing the sharp rise seen throughout December. However, over the past couple of weeks, global sentiment has changed dramatically.

It was inevitable that the rally in prices would eventually end. However, many market participants in Western countries believed that the peak of the cycle would not be reached at least until mid-2021. Now it seems that the price bubble will burst much earlier than previously thought.

Whether the global decline in prices is temporary or the beginning of a prolonged downward correction may largely depend on conditions in the Chinese steel market in the post-Lunar New Year period. Traditionally, demand grows in Asia towards the end of the first quarter and the beginning of the second, after the Spring Festival.

Currently, many market participants doubt that the Year of the Bull will start with a bullish movement. Instead, bearish sentiment is increasingly dominating, British analysts conclude.

Recommended:
Metinvest plants increase steel production by 9% in 2020
Ukrmetallurgprom demands to stop subsidizing passenger railways carriage of goods
Vostochny GOK in 2020 increased the production of uranium concentrate by 7%
On this topic
The world market for rare earth metals will grow by 10.4% per year
European Union scrap collectors worried about possible export restrictions
US steel market is "overheated" - MEPS
Global steel production in 2019 increased by 3.4%
Los Angeles Times: a Perfect storm in the American market of steel
Prospects for the development of the economy and steel market in the EU in 2019-2020
Add a comment
Сomments (0)
News Analytics
Alisher Usmanov's USM Group will invest 40 billion rubles in a new HBI plant28-02-2021, 17:49
Emirates Steel to start production of hot rolled steel coils28-02-2021, 16:10
The Enhanced Partnership Agreement between the EU and Armenia comes into force28-02-2021, 14:45
Germany's second largest private bank closes branches in 15 countries28-02-2021, 13:33
Turkey is developing a hybrid rocket to fly to the moon for the 100th28-02-2021, 13:44
Increase in prices is forecasted in the markets of steel raw materials -26-02-2021, 09:25
Troy ounce of gold will drop $ 500 in two years - Fitch25-02-2021, 18:29
Global iron ore production growth to outstrip cumulative production in India23-02-2021, 10:22
Fitch Ratings Warns of “Shocking Impact” on Fossil Fuel Exporters18-02-2021, 14:44
Raw material prices rise by about 10.5% in January 2021 - Deutsche Industriebank12-02-2021, 10:48
Sign in with: