Scrap metal market at the beginning of April

In the first months of 2021, there is an interesting trend in the choice of the vector for the development of the global metallurgy. 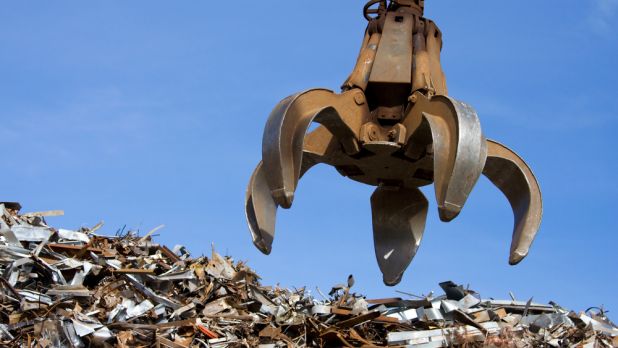 Basic metals such as nickel, copper, aluminum, cast iron, bronze, brass have been and remain one of the main strategically important raw materials used in many industries.

The development of technologies for the production of composite materials and their integration into the production of metals has led to the emergence of lighter and, in some cases, stronger metal alloys. Because of this, metal producers have lost some of their customers. There is every reason to believe that the demand for the manufacture of metal products in the near future may significantly decrease, since the market offers the consumer an attractive alternative.

The trend of phasing out the use of metal structures is inevitable, including due to the growing popularity of 3D printing, which is used in the production of products from plastics and other modern polymers.

These and other factors influenced the increase in the amount of scrap metal that has been stored and stored for years (in domestic conditions and at enterprises) without the prospect of further disposal. However, participants in the metal recycling market are actively exploring this issue.

Huge funds are invested in the development of methods for monitoring the state of metal waste, consolidating information about their location and optimizing recycling. In parallel with this, specialists are looking for new directions for using recycled metallurgical waste.

The number of scrap metal recycling companies is increasing every year. Industry Global News 24 predicts that this market will grow 7.5% by 2028. If the trend continues, we can expect a decrease in the total amount of unused scrap, and therefore positive global changes in terms of reducing the negative impact on the environment of corroded metal waste.

The market of ferrous and non-ferrous metals directly depends on the state of macroeconomics. So, today the ferrous metals market is extremely unstable. According to statistics, almost half of the countries have reduced ferrous metal production (some of them - by 8-10%).

Most of the companies producing ferrous metals, including the leaders of the world market, suffer losses. The main reasons are the economic crisis, increasing competition and lower prices, accompanied by a decrease in the profitability of enterprises in this market.

But on the non-ferrous metals market, on the contrary, the situation is stable. Copper and aluminum remain the most attractive metals for investment, analysts say. Therefore, investments in non-ferrous metals are currently more promising and can bring greater profits in the long term.

State of the world metallurgical production

Stainless steel production declined for the first time in 6 years in all countries of the world except China and Indonesia, which were able to increase production (by 2.5% and 15.5%, respectively, in 2020) despite the Covid-19 pandemic, as domestic demand recovered quickly, with strong government support. So, China in 2020 released a record 1.052 billion. tons of steel.

Moreover, in mid-February 2021, member enterprises of the China Iron and Steel Industry Association (CISA) increased their daily steel production to the “space” level - 2.282 million tons per day. This is 24% more compared to the same period last year (APPD).

In addition, according to the analytical portal INFOLOM, this country accounts for about 37.5% of the world scrap collection. Judging by these indicators, China has overtaken the recognized market leader - Turkey, which has confidently maintained its position for 10 years. Not so long ago, in 2019, its share in the global scrap market was about 20%. As you can see, today China is the sole world leader in the production, consumption and processing of metal. By m

Финансовая аналитика, прогнозы цен на сталь, железную руду, уголь и другие сырьевые товары. More news and analytics on Metallurgprom telegram channel - subscribe to get up-to-date market information and price forecasts faster than others.
Сomments
Add a comment
Сomments (0)
On this topic
Difference between ferrous and non-ferrous metal
In the investment market is the outflow of money from miners to manufacturers of soft drugs
Increase in prices is forecasted in the markets of steel raw materials - Ukrpromvneshexpertiza
The world market for rare earth metals will grow by 10.4% per year
Scrap metal market expects impressive growth
European Union scrap collectors worried about possible export restrictions
Recommended:
British Steel seeks financial support from the government to continue work
Interpipe reduced steel production and sharply reduced capital investment
European steel price rise that began in January will be short-lived - MEPS
News Analytics
War in Ukraine to accelerate world economy transition to clean energy - BP30-01-2023, 11:49
ArcelorMittal invests $120m in US green steel company30-01-2023, 11:11
The United States refused to comply with the decision of the WTO on tariffs on29-01-2023, 20:08
China remains the world leader in shipbuilding with a 50% share of new shipyard29-01-2023, 12:35
Prices for metal products in Ukraine increased by 26% last year29-01-2023, 12:06
S&P: Russia will continue to dominate the steel export market in the Black05-01-2023, 11:22
Fitch Analysts Predict Big Drop in Global Steel Consumption This Year14-12-2022, 13:59
Analysts predict 5% annual growth in the iron casting market through 203006-12-2022, 12:44
Commodity prices will fall, metals quotes will rise slightly - Focus Economics28-11-2022, 13:28
Platinum market to face shortage next year - WPIC22-11-2022, 18:25
Sign in with: