In June, the trajectory of the decline in world steel prices continued, both for flat and long products. Most steel producers around the world will enter the traditional summer period - the seasonally slow season - with a sense of dismay that the bottom of the current price cycle has not yet been reached. 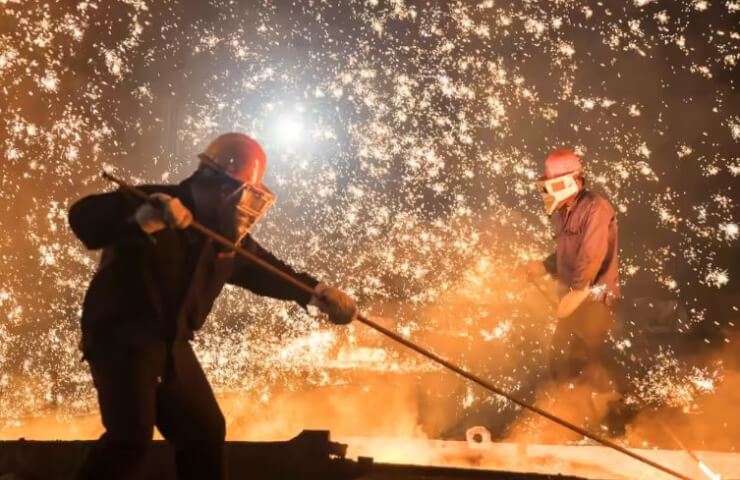 The influence of China, which accounts for about half of the world's steel production, cannot be underestimated. Local steel prices are currently the lowest in the world. It was sincerely hoped that the easing of lockdowns due to Covid-19 in major cities such as Shanghai would lead to increased demand for steel. However, this has not yet happened.

The MEPS agency reported that steel prices in China in June fell by an average of two to four percent on a monthly basis. The cost of rebar, a key indicator in the long products market, fell below 4,000 yuan per ton for the first time since February 2021.

China's zero-tolerance approach to Covid-19 infections is weighing heavily on market confidence. Steel consumption is declining at the earliest in areas where new cases of the virus are being reported.

Another signal of weakness in domestic demand is the export strategies of Chinese steelmakers. Suppliers, who can benefit from their greater access to cheap raw materials of Russian origin, are now looking to sell extensively overseas. MEPS notes that many manufacturers are aggressively selling their products to key export markets such as Southeast Asia and South Korea.

The Chinese authorities are taking a number of measures in an attempt to stimulate domestic demand. Unlike the policy of the rest of the world, China cut interest rates earlier this year to stimulate activity. Local government schemes offering incentives to replace existing cars or appliances will also help increase steel consumption.

MEPS warns that there are tentative signs that China is targeting production cuts in the second half of 2022. Many provincial authorities have already publicly announced their intention to limit steel production to ensure that this year's tonnage does not exceed the volumes recorded in 2021. The implementation of such measures should increase the internal price ambitions of factories, while limiting their ability to negatively influence neighboring markets through cheap exports.

The recent introduction of an export duty in India may also deprive the country's traditional steel exporters of the opportunity to offer material as competitively as before.

Consequently, European and North American producers may be encouraged by any increase in the price of imported goods from traditional low-cost sources. This may provide them with a timely and much-needed price increase as they return from vacations in July and August.

Финансовая аналитика, прогнозы цен на сталь, железную руду, уголь и другие сырьевые товары. More news and analytics on Metallurgprom telegram channel - subscribe to get up-to-date market information and price forecasts faster than others.
Сomments
Add a comment
Сomments (0)
On this topic
MEPS predicts decline in steel prices worldwide in the near future
Rising Chinese Prices Fueled Rising Global Steel Prices - MEPS
Global steel prices are forecast to remain high in 2022
British analysts note "bearish" sentiment in the global steel market
The problem ArcelorMittal in Italy can raise prices on the steel market in Europe
Steel prices will rise, but not much
Recommended:
Ferrexpo's net profit in the first half of the year decreased by 88%
India prepares to lift export duties on steel
World steel prices have moved from a protracted fall to growth
News Analytics
Salzgitter invests 700 million euros in mild steel production13-08-2022, 10:44
Evraz decided to get rid of its assets in the US and Canada13-08-2022, 09:10
S&P and Fitch consider Ukraine's agreement to defer payments on public debt13-08-2022, 09:59
Demand for electric vehicles in Ukraine shows "crazy" growth -13-08-2022, 09:07
Director General of Ukrhydroenergo initiated the construction of new bomb13-08-2022, 09:31
The US market may begin a collapse in prices for thick sheet14-07-2022, 09:39
High iron ore shortage could halt metallurgy's green transition28-06-2022, 14:02
Price volatility hits global steel market27-06-2022, 19:28
Recovery in China could be key to rising global steel prices - MEPS24-06-2022, 14:00
Conflict in Ukraine spurs Europe's drive for clean energy03-06-2022, 12:14
Sign in with: