A protest member of the National Union of Metalworkers of South Africa (NUMSA) lost consciousness and died at a demonstration in the city of Gkeberha (formerly Port Elizabeth). 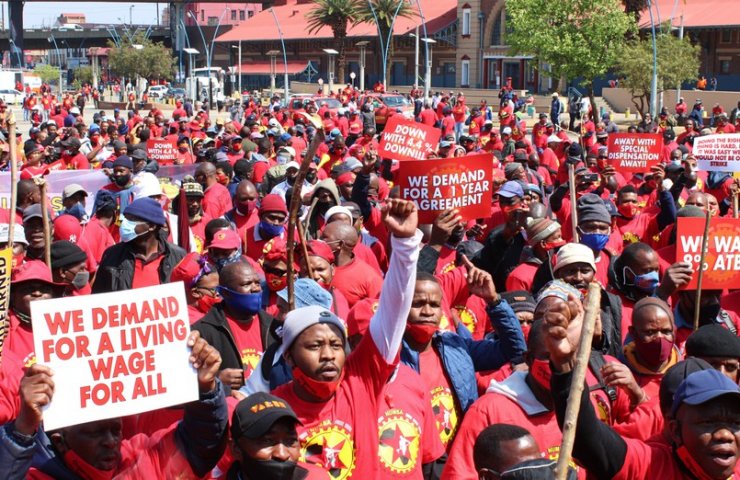 One person passed out and died in Gkeberha, South Africa, during a protest with more than 1,000 members of the National Union of Metalworkers of South Africa (NUMSA) on Tuesday, demanding higher wages.

NUMSA is demanding an 8% wage increase during the first year of a three-year agreement, among other demands.

According to NUMSA spokesman Phakamile Hlubi-Mayola, negotiations began in June this year. “We called for a complete halt in the metallurgical sector because the workers are tired. Employers' associations refuse to negotiate meaningfully, ”she said.

She said the impasse was a slap in the face for workers who decided to abandon their wage increases in 2020 and agreed to an agreement to suspend work due to the Covid-19 pandemic.

Employers' associations have proposed a three-year agreement with an increase of 4.4% in the first year. This was rejected by union representatives.

“We will not accept 4.4%. Even 8% is not enough, but we can work with it. The money we earn is not enough. Employers can send their children to university, but we cannot, ”said Jotam Pangisa, a NUMSA member.