Copper smelters stopped in Kazakhstan: how can this affect the world economy?

Employees of the foundry and mechanical plant in Kazakhstan's Zhezkazgan - the largest copper producer in Kazakhstan - Kazakhmys corporation put forward a number of demands, including a change of leadership and higher wages. 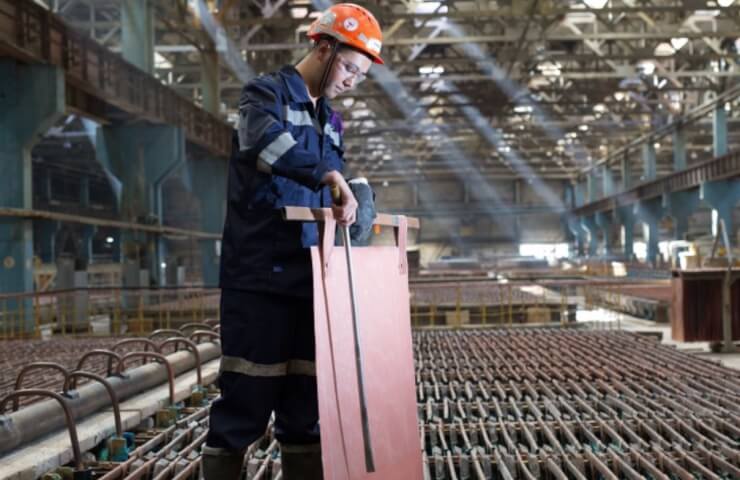 In the city of Zhezkazgan, Karaganda region of Kazakhstan, metallurgists of the Kazakhmys corporation and the city residents who joined them continue to hold rallies for the third day in a row. On the night of January 6, they went to the akimat building and today they remain there, periodically replacing each other.

Kazakhmys Corporation is in talks with employees who have nominated demands for a change of leadership and a double salary increase.

Central Asia Metals Ltd (CAML), a UK-registered company, announced on the evening of January 5 that its operations at the Kounrad copper mine near Balkhash have not yet been affected by protests. However, work at the CAML-owned Balkhash smelter in the Karaganda region of central Kazakhstan has also been halted as workers joined the nationwide protests, social media reports indicate.

International metal producers operating in Kazakhstan told S&P Global Platts that there has been no specific impact on their business to date from anti-government protests in Kazakhstani cities, despite the strike in Kazakhmys.

However, on the evening of January 6, experts expressed concerns about the impact on logistics of the lack of telecommunications in unrest-ridden Kazakhstan, most of whose metal production is destined for export markets.

A representative of a large mining company that produces zinc and gold in Kazakhstan said the protests did not affect its production. However, the spokesman added that all communication networks, including the Internet, have been disconnected internally: understandably, this could delay news of any disruptions and potential logistics difficulties.

The large Kazakh mining company Eurasian Mineral Resources, which is 40% owned by the country's government, declined to immediately comment on the situation, pointing out the lack of communication with production sites. The company produces chrome, aluminum and electricity in Kazakhstan and is a major rail operator.

In recent years, the diversified mining industry of Kazakhstan has grown and provides about 41% of world production of uranium, 18% of chromite, 6% of spongy titanium and is a major producer of barite, bauxite, cadmium, metallic magnesium, sulfur and zinc.

Spot uranium prices jumped about 8% at the close of trading on January 5, the largest daily jump since September 15, in part as a result of ongoing turmoil, although mining companies including Cameco and France's Orano said they were mines were not damaged.

Carlo Alberto De Casa, a consultant at investment firm Kinesis Money, expects the turmoil in Kazakhstan to have a limited impact on the gold market, as the country only accounts for about 2% of global gold production despite its large reserves.

This could change, however, if the unrest persists for an extended period of time or spreads to neighboring countries, introducing geopolitical elements that could enhance gold's role as a safe haven, he said.

The head of a steel company working with Kazakhstan confirmed to Platts that “the phone and internet of my colleagues working in Kazakhstan are not working,” which made it impossible to contact them in the past few days.

“I think that the overall problem for the industry will be more related to the increase in logistics costs, and not to the difficulties of obtaining steel products in the short term,” said the leader.

Финансовая аналитика, прогнозы цен на сталь, железную руду, уголь и другие сырьевые товары. More news and analytics on Metallurgprom telegram channel - subscribe to get up-to-date market information and price forecasts faster than others.
Сomments
Add a comment
Сomments (0)
On this topic
Minamaneho has no authority to comment on the decision to change the leadership of Naftogaz
In Kazakhstan, protests began at metallurgical enterprises of the country (Video)
Stopped nuclear power plants and mines. What's going on in the energy sector of Ukraine?
Trade unions demand from Zelensky to pay attention to the situation with the Zaporizhzhya
Relentless degradation of the coal industry. Close Ukrainian mines?
The export of agricultural machinery from the Russian Federation in the first half of the year
Recommended:
IMF: The world economy has fallen back to the state of the Second World War
US imposes preliminary anti-dumping duties on Russian oil and gas pipes
Former Deputy Director of the State Development Bank of China charged with bribery
News Analytics
Swiss oil and gas equipment manufacturer Sulzer leaves Russia24-05-2022, 13:08
BIR: European Commission's decision on scrap metal will be the most tragic24-05-2022, 11:41
Rejection of Russian palladium destroys markets24-05-2022, 11:41
Volvo starts mass production of electric trucks made from decarbonized steel24-05-2022, 10:09
European steel prices are directly dependent on Russian gas prices - MetalMiner24-05-2022, 10:52
US steel market sentiment becomes more price neutral05-05-2022, 10:15
The global high-strength steel market will grow steadily by 5% annually for the04-05-2022, 08:45
China steel inventories hit 13-month high amid COVID-19 outbreak30-04-2022, 16:38
Slowdown in global auto sector affects steel prices27-04-2022, 12:36
World alumina production reaches a record 138 million tons21-04-2022, 09:54
Sign in with: