Construction is the largest consumer of steel products in China 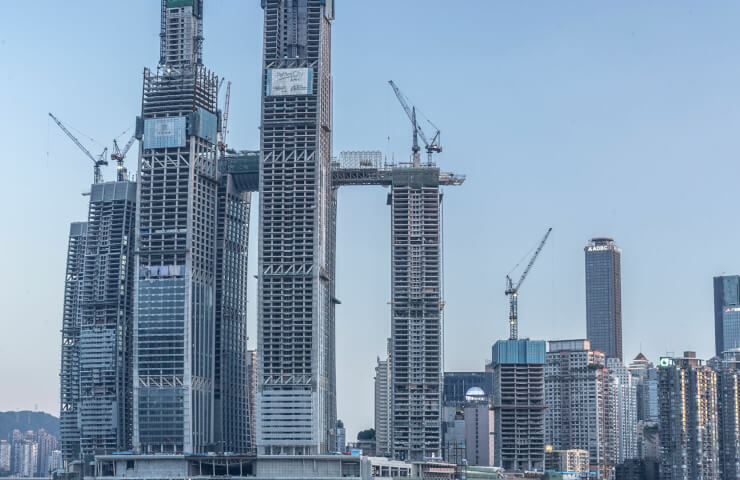 According to the latest Mysteel report, approximately 73% of the 14,890 construction projects across China are in progress, including real estate and infrastructure. Construction is by far the largest consumer of steel products in China, accounting for more than 60% of the country's total steel consumption.

In terms of regions, the Northwest and North China, where most of the country's steel is produced, had more than 90% of construction projects on hold, the study found. In Central and Southwest China, about 80% of projects were stopped, while in South China the figure was 71%, and in East China 59%.

This year, Chinese New Year (CNY) officially covers the period from January 31st to February 6th, but construction contractors generally observe longer holidays so that migrant workers can spend more time with their families during the holidays. Mysteel Global notes that for most migrant workers, CNY is the only opportunity for family reunions each year

In terms of resuming projects after the CNY holiday, a Mysteel survey showed that about 35% of construction companies surveyed plan to resume work on their projects by mid-February, and about 31% by the end of February. The rest said they would not resume construction work until March, or said no timeline had yet been set.

Normally in China, construction work resumes after the Lantern Festival, which falls on the 15th of the first lunar month, or February 15 this year. However, many factors are creating uncertainty about the resumption of construction projects next spring, according to market sources.

"In Northern China, the resumption of work on many construction projects may be delayed due to a number of major events in the region, including the Winter Olympics (in February) and the Paralympic Games (in March)," said a Shanghai-based analyst.

The Winter Olympic and Paralympic Games will be held in and around Beijing from February 4 to 20 and March 4 to March 13, respectively, while the so-called "Two Sessions" - the country's main annual political meetings - will be held on March 4 and 3. 5 respectively in Beijing, according to Mysteel Global.

Финансовая аналитика, прогнозы цен на сталь, железную руду, уголь и другие сырьевые товары. More news and analytics on Metallurgprom telegram channel - subscribe to get up-to-date market information and price forecasts faster than others.
Сomments
Add a comment
Сomments (0)
On this topic
China's steel sector can only rely on the real estate sector
Steel stocks in warehouses in China fell to 10-month low
Beijing releases 5-year plan for commodity industries
China begins commercial operation of the world's second largest hydroelectric power plant
8 people were killed and one injured as a result of the release of coal and gas at a coal mine in
Chongqing alumina refinery in China reopens
Recommended:
Ukraine and Great Britain signed an agreement on the abolition of import duties and tariff quotas
The global high-strength steel market will grow steadily by 5% annually for the next 5 years
YuGOK reduced the output of iron ore concentrate by 24%
News Analytics
The largest producer of titanium raw materials in Ukraine OGCC will sell25-05-2022, 20:48
Glencore accused of bribery in London pleads guilty in the US25-05-2022, 10:44
Swiss oil and gas equipment manufacturer Sulzer leaves Russia24-05-2022, 13:08
BIR: European Commission's decision on scrap metal will be the most tragic24-05-2022, 11:41
Rejection of Russian palladium destroys markets24-05-2022, 11:41
US steel market sentiment becomes more price neutral05-05-2022, 10:15
The global high-strength steel market will grow steadily by 5% annually for the04-05-2022, 08:45
China steel inventories hit 13-month high amid COVID-19 outbreak30-04-2022, 16:38
Slowdown in global auto sector affects steel prices27-04-2022, 12:36
World alumina production reaches a record 138 million tons21-04-2022, 09:54
Sign in with: