This is believed to be the first 5G robot ultrasound done remotely in Tibet. 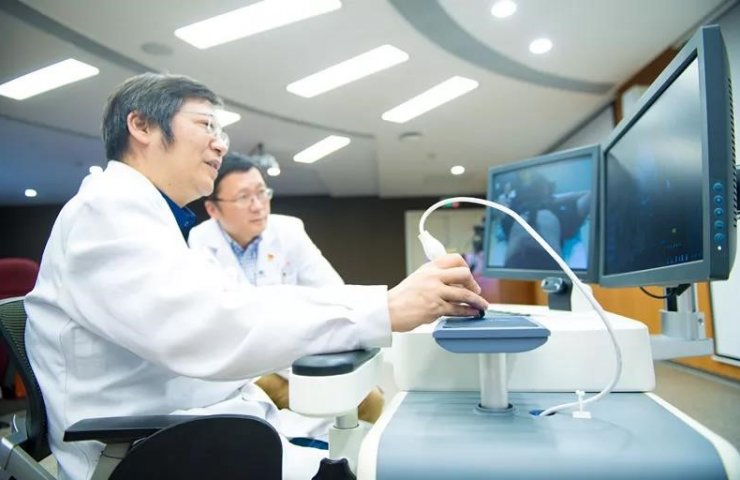 Using a 5G robot, doctors at a hospital in Lhasa, the capital of the Tibet Autonomous Region in southwestern China, performed an ultrasound scan on a patient over 400 km away in Nagchu City on Sunday.

Doctors from the Tibet Autonomous Region People's Hospital in Lhasa performed ultrasound diagnostics on a woman suffering from postpartum edema at the Nyenrong County People's Hospital. The robot was controlled via a 5G network and ultrasound images were displayed in real time. As a result, the patient was diagnosed with dropsy in the serous cavities.

This is believed to be the first 5G robot ultrasound done remotely in Tibet.

After diagnosis through remote diagnosis, doctors in Lhasa provided a treatment plan.

Chen Hu, deputy director of the Tibet Autonomous Region People's Hospital, said the patient was originally planned to be transferred to a higher-level hospital, but the use of a robot helped reduce the diagnostic time from two days to 10 minutes.

Local authorities in Tibet are developing 5G telemedicine to provide better medical services to their residents, especially those in remote areas with limited medical resources.