The careful design of the dielectric elastomer from which the robot's flapping fins are made has made it possible to successfully use the robot in field trials in the Mariana Trench. 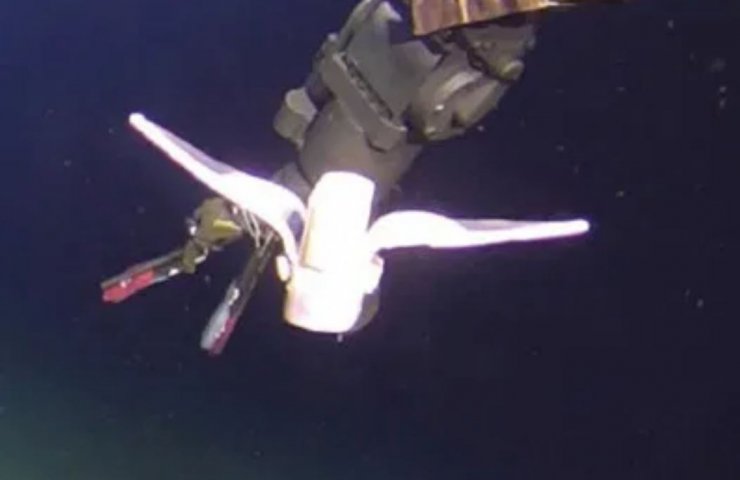 The result of a study by a team from Zhejiang University and China's Zhejiang Lab was published in Nature on Thursday.

According to the researchers, thanks to the electronic components located in the gel-like body, the fish-shaped robot can withstand high pressure at great depths. The scientists were inspired to create the robot by the deep-sea liparis.

“Compared to traditional deep-sea equipment equipped with armor, the soft robot is lightweight and simple in design, which can significantly reduce the complexity and cost of deep-sea exploration,” said study leader Li Tefeng of Zhejiang University.

What's more, a robot powered by "artificial muscles" rather than an electric machine or engine does not make noise or cause much harm to sea creatures when it flaps its fins to move, he added.

In 2019, as part of a field test, the research team lowered the robot into the Mariana Trench to a depth of 10,900 m, and last year it made a free float at a depth of 3224 meters in the South China Sea.

Recommended:
ArcelorMittal Kryvyi Rih reduced quarterly production of rolled metal by 2.9%
Metinvest repaid USD 150 mln ahead of schedule in pre-export financing
Converter was repaired at the metallurgical plant of Alexander Yaroslavsky in Dnipro
On this topic
Chinese space explorers learn how to charge mobile phones with hot water
Three Chinese provinces freeze due to power shortages
What technologies help robots to become human?
Scientists have found a way to reduce the cost of magnesium production
US military can get 3-D printers to print steel parts
Can a robot play Jenga better than a human?
Add a comment
Сomments (0)
News Analytics
Iran is satisfied with the reaction of the world community to 60% enrichment of18-04-2021, 13:24
Gas prices in Ukraine have reached a record value over the past two years -16-04-2021, 17:24
Ukrmetallurgprom asks the Antimonopoly Committee to allow Metinvest to bid for16-04-2021, 17:23
A fatal accident occurred on the territory of the Dnieper Metallurgical Plant16-04-2021, 13:01
Cars built for Euro 2012 will be repaired at the Kryukov Carriage Works16-04-2021, 12:46
World Steel Association predicts a good year for metallurgists15-04-2021, 18:19
World Steel Association defines green steel and its variations12-04-2021, 13:14
China unlikely to cut steel capacity in 2021 due to high steel prices07-04-2021, 12:11
Scrap metal market at the beginning of April02-04-2021, 11:10
Rising Chinese Prices Fueled Rising Global Steel Prices - MEPS25-03-2021, 18:54
Sign in with: