Profits of the Chinese metals sector remain limited in October

The profitability of Chinese metallurgists is negatively affected by lower demand and higher prices for iron ore. 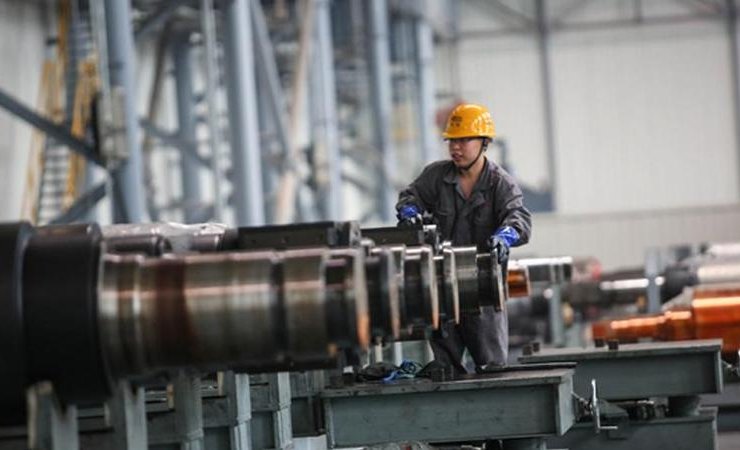 The profitability of the Chinese metals sector remained rather low even during the peak sales months of October, as the slowdown in the economy and high production rates put pressure on product prices.

Average gross profit margins from rebar sales are around RMB 200-400 (roughly $ 29-57) per tonne and up to ¥ 200 per tonne for hot rolled steel coils (HRC), with some HRC sellers struggling to reach target sales targets.

Average gross profit was over Y1,000 per ton for most of the past year, before profits began to decline sharply from November 2018, remaining low throughout the year.

Plants were mostly expecting profits to fall this year from record highs in 2018. But the scale of the fall was more significant due to the unexpectedly large increase in iron ore prices.

Cumulative profit in January-August for the PRC iron and steel sector fell 31.3% to 181.7 billion yen, according to the latest government data. Production costs increased by 12.2% over the same period.

During this year, Chinese steelmakers have maintained high production rates in an effort to maximize sales and generate profits. Production is unlikely to slow down anytime soon unless most factories start to show negative gross margins over the next few months.

In September, China produced 82.77 million tons of steel, an increase of 2.2% over the same period last year, but 5% below the August level. Production in January-September increased by 8.4% and amounted to 747.82 million tons.

There is a small chance of a change in profit margins this year, as steel sales typically slow between November and March. The winter in northern China prompts manufacturers to promote more materials to the southern and eastern regions, where the weather is less severe, which puts pressure on prices.

Steel market participants do not anticipate any major stimulus measures to spur economic growth or infrastructure investment during the rest of the year, such as lower rates on political loans, which may have boosted demand and profit.

Coil export prices have plummeted over the past few months as Indian producers have lowered their supply prices in the ASEAN and European markets.

Recommended:
Ministry of Commerce: China intends to strengthen trade and economic ties with the United States
Localization of production of electric cars and charging stations started in Ukraine
Tesla will launch production of electric vehicles in India
On this topic
The profitability of Indian metallurgists will be reduced by 5 percent
Prospects for the development of the economy and steel market in the EU in 2019-2020
China's steel sector profits shrink inexorably
Chinese Steel Sector Profits Soar In April To New Record
Chinese flat products manufacturers face oversupply
Aluminum market overview in Q1 2019
Add a comment
Сomments (0)
News Analytics
Tibet invests about $ 30 billion in infrastructure projects in 5 years06-03-2021, 14:39
Siemens Energy promised Deutsche Welle to closely monitor democracy in Belarus06-03-2021, 10:32
US and EU suspend the collection of duties that were imposed against each other05-03-2021, 22:48
Turboatom and Electrotyazhmash discussed prospects for cooperation under05-03-2021, 19:04
DMZ Yaroslavsky in February almost doubled the production of rolled products05-03-2021, 18:19
Spread between raw materials and high strength alloy steel in Europe increased01-03-2021, 20:21
Increase in prices is forecasted in the markets of steel raw materials -26-02-2021, 09:25
Troy ounce of gold will drop $ 500 in two years - Fitch25-02-2021, 18:29
Global iron ore production growth to outstrip cumulative production in India23-02-2021, 10:22
Fitch Ratings Warns of “Shocking Impact” on Fossil Fuel Exporters18-02-2021, 14:44
Sign in with: