China's growing steel production is of deep concern to the global steel industry, which rightly believes that a new round of steel overproduction in Asia will trigger a collapse in export markets and a new crisis. 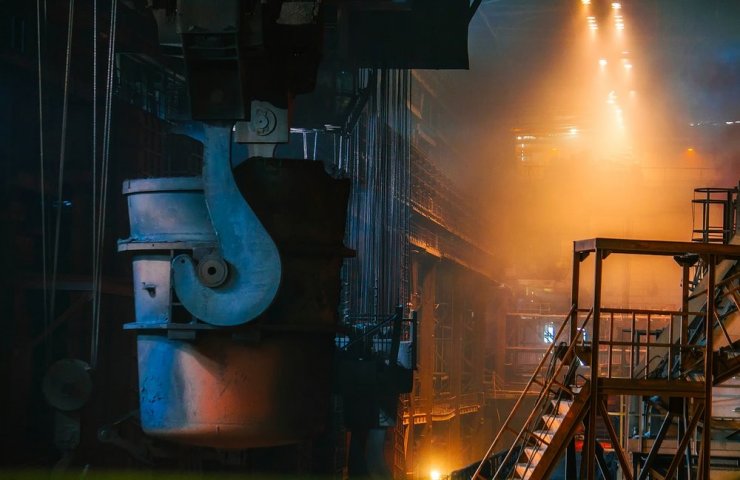 Just a few years ago, surveys by the world's major iron ore producers Rio Tinto and BHP regularly stated that they expected primary steel production in China to reach 1 billion metric tons between 2025 and 2030.

This sounded somewhat unrealistic against the backdrop of a slowdown in China's economic growth and Beijing's declaration of war on excessive metallurgical capacity. Moreover, such a forecast seemed ephemeral given that steel production in the People's Republic fell by 2.3 percent in 2015 to just under 804 million tonnes.

For many Chinese government officials and analysts, the argument went something like this: steel consumption peaked in 2014, Beijing cut steel production as part of its supply-side reform program, and the country was moving towards a higher cost, consumption-driven economy. based on cleaner technologies.

In short, the era of massive industrial buildup, the so-called "ghost towns," toxic assets, growing debt and surplus that China was known for was coming to an end. China has entered a new era of robust growth, and its policies to tackle blue sky pollution are at the forefront. Under these conditions, of course, there was no indication that steel production would ever reach 1 billion tonnes.

So it came as a surprise to many that steel production has increased by 15 percent over the past two years. China produced a record 928 million tonnes of steel in 2018, up 6.6 percent from a year earlier, according to the World Steel Association. Most of the forecasts for the beginning of the year provided for production growth by 1-2 percent. Perhaps the 1 billion tonne target was not so far-fetched, as it would take less than 1 percent annual growth (CAGR) over the next 10 years to reach that level. Indeed, China kicked off 2019 with a leap forward, with February steel production of 71 million tonnes up 9.2 percent from the previous year.

The main problem for the rest of the world is that if China's economy is slowing and domestic demand is not strong enough to absorb all of the steel it produces, its exports could destabilize world steel prices, as they did in 2014-16. During this period, China exported over 100 million tons of steel per year. As a consequence, by the end of 2015, prices for steel and raw materials hit the bottom.

In the United States Midwest region, domestic hot rolled steel prices averaged $ 373 per tonne in December 2015, even lower than during the global financial crisis and 40 percent lower than the same month a year earlier ... Today scrap metal costs $ 30 more there.

Unsurprisingly, many international steel companies have been forced to cut production and staff, unable to continue operating at subeconomic prices. Some metallurgical companies never recovered and were subsequently forced to look for a buyer for their assets. A host of anti-dumping duties have been imposed to protect the local steel industry, and last year the US imposed a 25 percent import tariff on steel from many countries. But trade protection measures often simply shift the problem of supply pressure from one place to another: when one door closes, exporters try to open another.

China's overcapacity has been a frequent topic at meetings of international governments such as the G20. China has long been the focus of the U.S. steel industry, despite Chinese steel accounting for less than 2 percent of the United States' steel imports, and import tariffs on steel and aluminum, imposed by Donald Trump as a measure to protect national security, have escalated into more wide trade conflict.

Финансовая аналитика, прогнозы цен на сталь, железную руду, уголь и другие сырьевые товары. More news and analytics on Metallurgprom telegram channel - subscribe to get up-to-date market information and price forecasts faster than others.
Сomments
Add a comment
Сomments (0)
On this topic
Rio Tinto predicts lowest iron ore production in 2019
Korean auto makers will switch to hydrogen engines with help from Chinese steelmakers
BHP iron ore tankers switch to liquefied natural gas
Chinese metallurgists outraged by rising Australian ore prices and demand an explanation from BHP
Why mining stocks are falling
USA slapped sanctions on steel industry of Iran
Recommended:
ArcelorMittal Kryvyi Rih suspends production due to shelling of energy infrastructure
The state will not support the export of metals from Russia - Ministry of Industry and Trade of the Russian Federation
The European Council added the violation of restrictive measures (sanctions) to the list of EU crimes
News Analytics
China's iron ore output to rise in 2023 as new projects are launched30-11-2022, 18:10
"Centravis" agreed to supply a new batch of seamless pipes to a30-11-2022, 16:51
Metinvest enterprises in Ukraine resumed work after massive shelling of29-11-2022, 11:59
The European Council added the violation of restrictive measures (sanctions) to28-11-2022, 14:22
The abolition of export duty in India may reduce the price of Turkish steel28-11-2022, 14:07
Commodity prices will fall, metals quotes will rise slightly - Focus Economics28-11-2022, 13:28
Platinum market to face shortage next year - WPIC22-11-2022, 18:25
Global steel demand falls and will fall by 2.3% in 2022: WorldSteel19-10-2022, 23:12
Iron ore prices fall to 11-month low15-10-2022, 10:36
China production cuts in winter will give limited boost to steel markets -15-09-2022, 10:09
Sign in with: