Chinese industry accelerated its growth from 1% in October to 7% in November (both compared to last year). 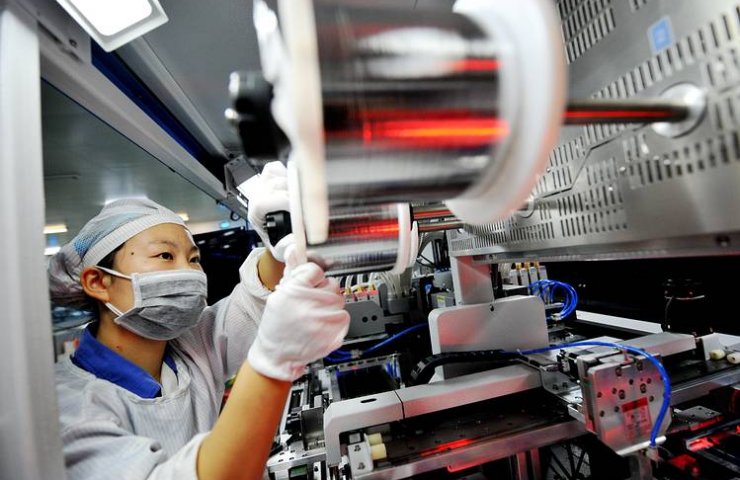 China's industrial production, an important economic indicator, rose 7% year-on-year in November 2020. This is evidenced by the data published on Tuesday by the State Statistical Bureau of the PRC.

In October, China's industrial production showed an increase of 6.9% year-on-year, according to the Central Statistical Office. On a monthly basis, it increased 1.03% last month.

In the first 11 months of this year, the country's industrial production grew by 2.3% on an annualized basis, which is 0.5 percentage points higher than in the period from January to October.

Manufacturing, or industrial value added, is used to measure the activity of large enterprises, each with annual revenues exceeding 20 million yuan (approximately US $ 3 million).

Recommended:
Ukrposhta bought 18 IVECO EuroCargo trucks worth about UAH 44.5 million
Zaporizhstal significantly reduced pig iron production in May 2021
Metinvest's profitability grows up to 40% in the first quarter of 2021
On this topic
Profit growth for Chinese machine builders in January - October 2020 amounted to about 9%
China expands car market capacity by increasing demand for steel and metals
China announced a sharp increase in steel prices in November
China's economic growth slows down due to trade war with the United States
The profitability of the Chinese industry declined by 4 percent
China's steel industry profit surges 40 percent
Add a comment
Сomments (0)
News Analytics
Belarusian diaspora forced the Swedes to refuse to cooperate with the20-06-2021, 11:07
Ukraine increased export of titanium ores and concentrate by 4.93%20-06-2021, 11:23
China has increased the capacity of wind farms by a third, and solar - by a20-06-2021, 11:26
Demand for scrap metal in Ukraine exceeds supply by 5%19-06-2021, 11:45
Ukraine resumed sea purchases of gasoline due to restrictions on supplies from19-06-2021, 11:38
Vaccinations fuel demand for platinum - World Platinum Investment Council08-06-2021, 12:55
Sharp price growth continues in the rolled metal market - Ukrpromvneshexpertiza08-06-2021, 11:04
Analysts note overheating of the global scrap metal market01-06-2021, 13:28
Hydrogen-fueled steelmaking could be competitive after 2050 - McKinsey19-05-2021, 14:22
Steel raw material prices are skyrocketing across the board18-05-2021, 12:34
Sign in with: