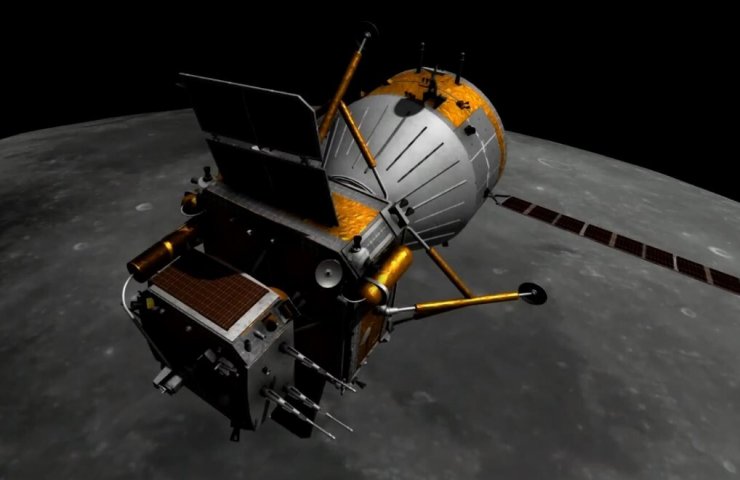 The orbit correction was carried out using two 25N thrusters, which are located on the orbital-return complex and have worked for about 8 seconds. CNSA announced that all systems aboard the RVC are currently operating normally.

The complex, consisting of the orbital and reentry modules of the Chinese lunar probe "Chang'e-5", entered the Moon-Earth transfer orbit on Sunday and made its first orbital correction on Monday.

According to CNSA, the orbiter and the reentry module will separate from each other in due course. It is expected that the reentry module of this probe will land on the territory of Sizivan Khoshun Autonomous Region of Inner Mongolia "North China".

Meanwhile, the pre-installed landing site at the Sytszywan Hoshun is already ready for his return home, the mission's search team said on Tuesday. The team conducted several exercises at the site of a possible landing, testing their night search capabilities and equipment operation.

The Chang'e-5 probe's reentry capsule is only one-seventh of the size of a Chinese manned spacecraft, while the landing area is 16 times larger, making it difficult to find the capsule.

According to the representative of the search group Bian Hancheng, to return the capsule to Earth, a scheme is used with a double immersion into the atmosphere along a trajectory reminiscent of launching "pancakes" through the water. This makes management more difficult and increases the search area.

The search team has adopted a number of technical measures to deal with these difficulties. After processing, the data from the radars will be transferred to the crews of helicopters and vehicles, searching for the capsule.

Prior to the start of the operation, the search group conducted about 30 surveys of the area in the landing area.

The Chang'e-5 lunar probe mission is considered one of the most difficult in the history of Chinese astronautics and is the world's first lunar sample collection mission in more than 40 years.

The Chinese probe Chang'e-5, consisting of an orbital, landing, take-off and return modules, was launched on November 24. Its takeoff and landing complex landed on the moon north of Mons Rumker Peak in the Oceanus Procellarum on the visible side of the Moon on December 1.

Recommended:
BMW plans to make 20% of its cars electric by 2023
US virus deaths outnumbered World War II
Eleven miners still await rescue from exploded gold mine in China
On this topic
Chinese drilling probe successfully completed exploration on the Moon
Chinese lunar module to conduct geological exploration on Earth satellite
Swiss "space flusher" will remove the wreckage of a Vega rocket with Ukrainian engines
Yuzhmash told whether it is possible to launch reusable rockets from the Black Sea
India will make a third attempt to land on the moon
The European space Agency warned of the impending disaster
Add a comment
Сomments (0)
News Analytics
YUZHMASH expects the adoption of the new space program of Ukraine in the near22-01-2021, 15:18
Eleven miners still await rescue from exploded gold mine in China22-01-2021, 12:34
Rivne NPP shut down power unit No. 122-01-2021, 12:13
Russia will start producing "green" hydrogen22-01-2021, 10:47
High-speed railway launched in China Beijing-Harbin highway22-01-2021, 10:22
China will overtake the United States to become the world's largest economy in27-12-2020, 12:04
The shortage in the US steel market will last at least until the end of the25-12-2020, 11:36
Steel production in China to surpass one billion tons this year23-12-2020, 10:59
Iron ore prices hit seven-year high and continue to rise15-12-2020, 10:26
Prices for metallurgical raw materials continue to rise in regional markets10-12-2020, 11:32
Sign in with: