Before performing the fourth correction, the probe took its first image of Mars and sent it to the ground command post. 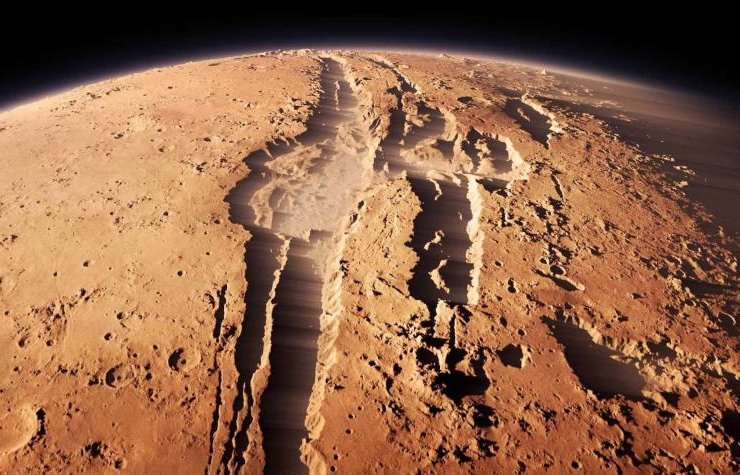 The spacecraft's orbit correction was carried out at 20:00 Beijing time. Its goal is to ensure that the probe approaches Mars at a predetermined time.

In addition, CNSA also reported that Tianwen 1 was able to obtain the first image of Mars at a distance of about 2.2 million kilometers from it.

"The image clearly shows such iconic landforms as the plain of Mars-Asidalia, the plain of Cluses, the Zi-Meridian plateau, the Schiapareli crater and the longest canyon, the Valley of the Sailors," the department noted.

The Martian probe was launched on July 23, 2020 by the Changzheng-5 launch vehicle from the Wenchang cosmodrome. It completed its first orbital correction on August 2, its second on September 20, and its third on October 28.

The device will work in Mars orbit for almost three months, after which a module will separate from it, which will land on the territory of the Utopia lowland, and after checking all systems, the rover will leave the platform and begin to study the planet. "Tianwen 1" weighs 5 tons: 1.3 tons for the lander and 3.7 tons for the orbital station. It is equipped with 13 modern measuring instruments.

Among the scientific goals of this space mission is the study of the morphology and geological characteristics of the surface of Mars, the search for deposits of ice and sedimentary rocks, the study of the ionosphere, magnetic field and the internal structure of the planet. During the preparation of the mission, the State Space Administration of the PRC cooperated with the European Space Agency, France, Austria and Argentina.