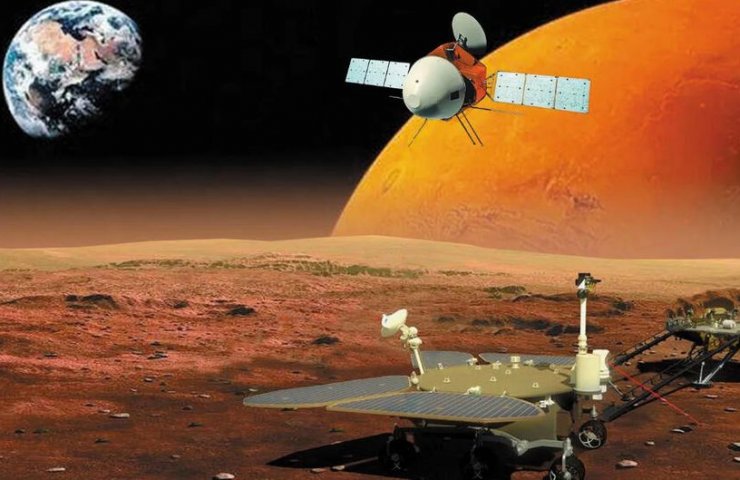 China's Tianwen 1 probe successfully entered orbit around Mars on Wednesday after nearly seven months of interplanetary flight. informs about this Xinhua State News Agency of the People's Republic of China.

According to the China National Space Administration (CNSA), the probe's braking engine was launched at 19:52 (Beijing time).

After about 15 minutes, the spacecraft, including the orbiter, lander and rover, slowed down enough to be captured by the gravity of Mars, and entered an elliptical orbit around the "red planet" with the closest distance from the surface of Mars about 400 km. It takes about 10 Earth days to complete one revolution, Tianwen 1.

After entering Mars orbit, payloads on board the orbiter, including cameras and various particle analyzers, will begin to work and conduct research on the planet.

Tianwen 1 was launched from the Long March-5 rocket, China's largest launch vehicle, from the Wenchang Cosmodrome on the coast of the island province of Hainan in southern China on July 23, 2020.

Tianwen 1 will make several more orbital corrections to temporarily orbit Mars, investigating potential landing sites in preparation for landing in May or June.

As we already reported , just yesterday the Arab interplanetary station Al-Amal (Hope) entered Mars orbit, becoming the first Arab mission to reach the Red Planet after a 7-month journey of 494 million kilometers. Thus, today at least two working earth probes are revolving around Mars, studying the planet and its atmosphere.