China believes that the theory that the SARS-COV-2 coronavirus leak from a laboratory in Wuhan was the cause of the pandemic was a lie, made by the Deputy National Security Adviser Matthew Pottinger. 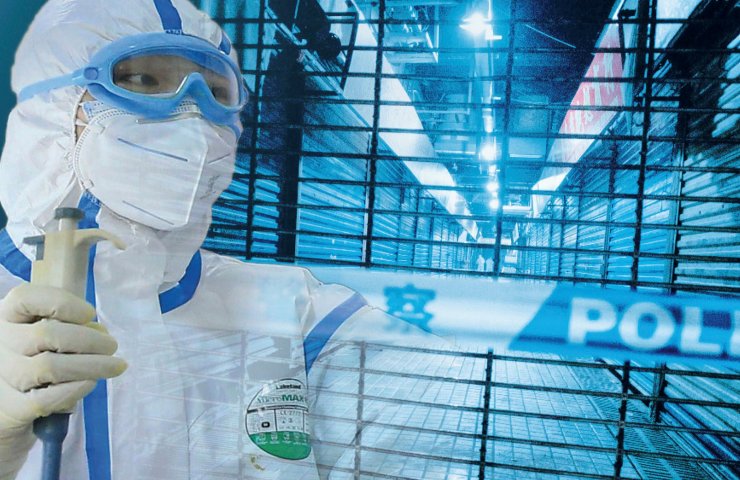 China is urging the United States to return to reason and rationality about the origins of the COVID-19 virus and to protect the lives and health of the American people through our own efforts and through international cooperation, Chinese Foreign Ministry spokesman Hua Chunying said on Monday.

The diplomat made these remarks at a regular briefing in response to comments from US Deputy National Security Adviser Matthew Pottinger. According to him, the cause of the pandemic was a coronavirus leak from a laboratory in China.

Hua Chunying said that almost all of the world's leading scientists and disease control experts, including the United States, have publicly rejected the so-called claim that the virus was created or released from a laboratory in Wuhan.

She urged the US government to clarify whether the deputy adviser’s statement represents his own position or the official US government’s position, adding that Pottinger should immediately be provided with credible evidence, if any.

"Since some high-ranking US officials attach such great importance to the origin of the virus, why did not the American side invite WHO to send experts to conduct field research?" asked Hua Chunying, adding that the American media had previously reported a link between the COVID outbreak. 19, the 2019 fall flu season in the US and the Fort Detrick research base in the US.

She also asked for what purpose the United States has built more than 200 biological laboratories overseas, and why they are not inviting international journalists to visit them.

Highlighting the new wave of COVID-19 raging around the world, the official said China is ready to further strengthen solidarity and fight the epidemic together with other countries.

“We hope these US officials can return to rationality and reason, face reality, and protect the life and health of the American people through their own efforts and through international cooperation. If the US considers itself to be a great power, then it should behave as such, ”said Hua Chunying.

Last week, the Daily Mail published a statement from Pottinger, in which the official, citing intelligence information, called the leak of the SARS-COV-2 coronavirus from a laboratory in Wuhan the most likely cause of the pandemic.

In May, US President Donald Trump suggested that the new coronavirus could leave the Wuhan Institute of Virology due to staff incompetence. Chinese Foreign Ministry spokesman Hua Chunying then said that the assumptions of the head of the White House about the leakage of coronavirus from a biological laboratory in Wuhan due to a "stupid mistake in China" are contrary to reality.

In response to Australia's support for the theory of the emergence of coronavirus in China's secret laboratories, Beijing has imposed a series of trade restrictions on commodities and energy products from that country. In particular, supplies of Australian coal have been blocked , copper and sugar. At the end of November, China increased customs duties on Australian wines to 212%, and in early December limited supplies of two of Australia's leading suppliers of lamb, JBS and the Australian Lamb Company.

Recommended:
US prepares new sanctions to thwart Russian Nord Stream 2 gas pipeline
Four people die at state-owned steel mill in India
Ukraine's economy returned to pre-pandemic indicators and will grow by 5% in 2021
On this topic
China will replace Australian coal imports with supplies from Russia
Ford Motor and Toyota Motor have stopped their conveyors in China until February 10
China imposed sanctions against American non-governmental human rights organizations
The ASEAN leaders has led to confusion of the President trump their boycott
Japan and South Korea fell out completely
China's steel production growth surprised analysts
Add a comment
Сomments (0)
News Analytics
In the Republic of Tuva, a citizen of China died as a result of a collapse in a17-01-2021, 11:44
Lenovo remains the global leader in personal computer shipments in 202017-01-2021, 08:19
Ukrzaliznytsia held successful auctions for the sale of scrap metal with an16-01-2021, 17:35
Gosgeonedra of Ukraine is moving to the world geodetic coordinate system WGS-8416-01-2021, 13:38
The only uranium mining enterprise in Ukraine reduced uranium production by 7.1%16-01-2021, 13:52
China will overtake the United States to become the world's largest economy in27-12-2020, 12:04
The shortage in the US steel market will last at least until the end of the25-12-2020, 11:36
Steel production in China to surpass one billion tons this year23-12-2020, 10:59
Iron ore prices hit seven-year high and continue to rise15-12-2020, 10:26
Prices for metallurgical raw materials continue to rise in regional markets10-12-2020, 11:32
Sign in with: