Production of industrial robots in China increased by 31.7% in November

China produced about 90,000 robots in 2019, more than South Korea and North America combined, and surpassed that number in October 2020. 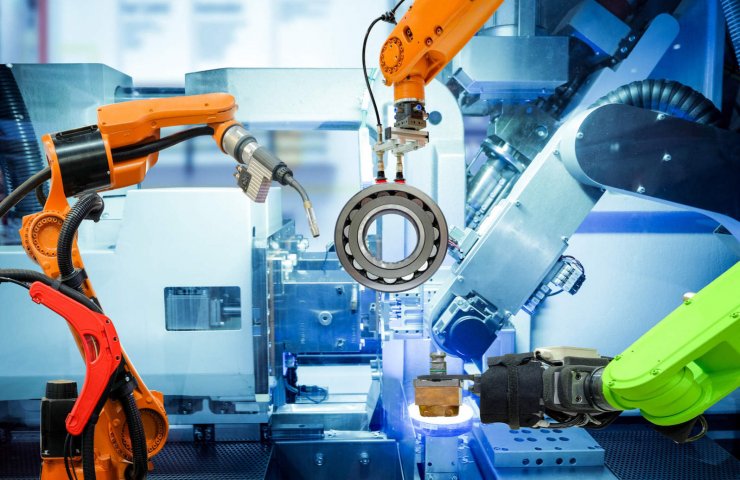 Manufacturing of industrial robots in China in November 2020 increased by 31.7% in annual terms and reached 25,635 units. This is evidenced by the official data.

According to data from the Ministry of Industry and Informatization of the PRC, 206,851 industrial robots were produced in China from January to November 2020, which is 22.2% more than in the same period in 2019.

Over the same period, major Chinese manufacturers of industrial robots with annual revenues of at least 20 million yuan (about US $ 3.05 million) increased their revenue by 3.4% to 45.33 billion yuan.

China became the world's largest robotics market in 2013 and has retained the lead ever since. At the same time, China is still in 9th place in the world in terms of industrial robotics. There are 187 robots for every 10 thousand employees. At the same time, robotization is progressing at an accelerated pace.

Recommended:
Lenovo remains the global leader in personal computer shipments in 2020
Coal is a new hope: scientists have succeeded in turning fossil fuels into anode-grade graphite
A rock collapse occurred at the Pervomaiskugol mine - one worker remains under the rubble
On this topic
Shanghai relocates 5-story school building with a "walking machine" (Video)
Employees of the Nissan plant in Barcelona lit candles on their jobs (Video)
Platts: 35% of the steel mills in China have cut output due to problems with the supply of raw
The largest South Korean steel company POSCO expects steel prices
Israeli company General Robotics intends to achieve 100% efficiency in the destruction of drones
Bear Robotics Seeks Investors To Create Robots To Replace Restaurant Waiters
Add a comment
Сomments (0)
News Analytics
Industry association predicts 8% growth in passenger car sales in China in 202123-01-2021, 11:07
YUZHMASH expects the adoption of the new space program of Ukraine in the near22-01-2021, 15:18
Eleven miners still await rescue from exploded gold mine in China22-01-2021, 12:34
Rivne NPP shut down power unit No. 122-01-2021, 12:13
Russia will start producing "green" hydrogen22-01-2021, 10:47
China will overtake the United States to become the world's largest economy in27-12-2020, 12:04
The shortage in the US steel market will last at least until the end of the25-12-2020, 11:36
Steel production in China to surpass one billion tons this year23-12-2020, 10:59
Iron ore prices hit seven-year high and continue to rise15-12-2020, 10:26
Prices for metallurgical raw materials continue to rise in regional markets10-12-2020, 11:32
Sign in with: