In April 2020, Beijing announced that China would extend its subsidy scheme until the end of 2022 to stimulate production of electric vehicles after Covid-19. 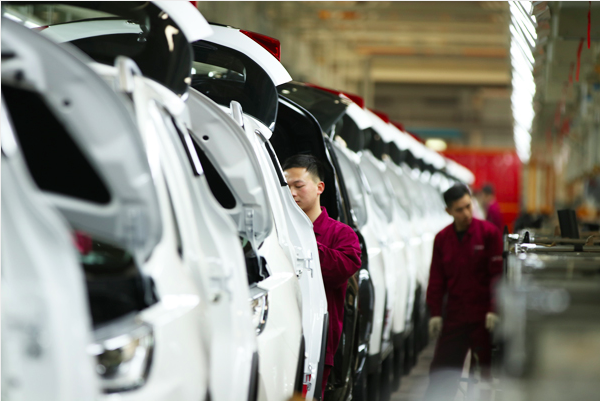 According to the Chinese Ministry of Finance, the country will cut subsidies for new electric cars by 20% in 2021 from a year earlier.

The PRC government will continue to strengthen its supervision over the safety of electric vehicles. Subsidies will be suspended or canceled if the manufacturer is at fault for an accident due to inadequate safety systems or for not recalling the vehicle after problems were discovered.

The country will also take measures to limit blind investment and unauthorized construction of production facilities for the production of electric vehicles to prevent overcapacity. These measures include tightly controlling production growth, optimizing inventory management, enforcing tolerance standards for new manufacturing projects and expansion plans, and encouraging mergers and reorganizations of larger companies.

The country sold 1.109 million electric vehicles in the first 11 months of last year, up 3.9% from the same period in 2019, according to the China Automobile Manufacturers Association.

Recommended:
European Commission approves car deal of the year authorizing Fiat Chrysler and Peugeot merger
Finnish stainless steel maker Outokumpu to fire 650 people over coronavirus
SE "VostGOK" will not return to operation uranium mines from January 4, 2021
On this topic
JSC «Dneprotyazhmash» Has Made Its First Matte Ladle
Volvo to offer customers a full range of electric trucks in 2021
South Korean DSME to build six LNG carriers for Arctic LNG 2
Energomashspetsstal has shipped to consumers in 2019 20,000 tonnes of steel products and equipment
The future of electric vehicles is being shaped in China
Posco prepares for the green car era
Add a comment
Сomments (0)
News Analytics
January lockdown cuts orders to Ukrainian machine builders, critical for light16-01-2021, 08:11
US imposes new sanctions on Iran in the last days of Trump's presidency16-01-2021, 08:18
Germany gave permission for the completion of Nord Stream 2 in January - May15-01-2021, 11:10
Zaporizhstal exported about 900 thousand tons of rolled metal along the Dnieper15-01-2021, 11:39
Russian automotive market shrank 9.1% in 202015-01-2021, 09:44
China will overtake the United States to become the world's largest economy in27-12-2020, 12:04
The shortage in the US steel market will last at least until the end of the25-12-2020, 11:36
Steel production in China to surpass one billion tons this year23-12-2020, 10:59
Iron ore prices hit seven-year high and continue to rise15-12-2020, 10:26
Prices for metallurgical raw materials continue to rise in regional markets10-12-2020, 11:32
Sign in with: