South Korean oil tanker Hankook Chimi was stopped this morning due to violation of environmental protocols by the Iranian navy. 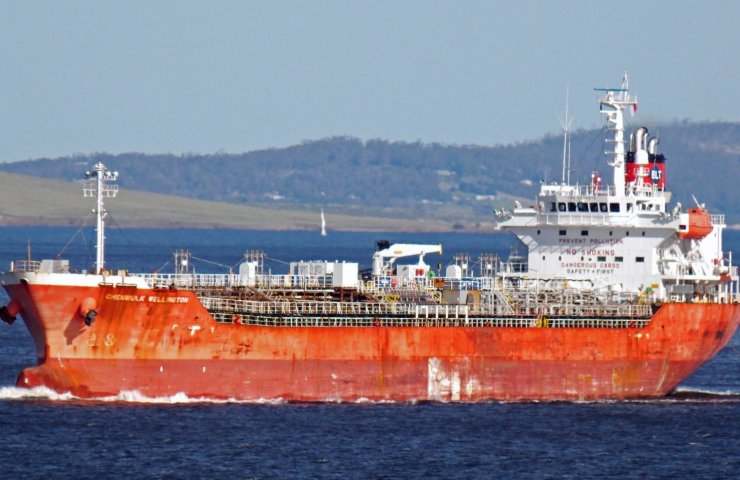 An oil tanker from the Republic of Korea was detained today by the Islamic Revolutionary Guards Corps in the Persian Gulf in connection with "violation of environmental protocols." This was reported by the Iranian semi-official news agency ISNA.

“The vessel was sailing from the port of Al-Jubail in Saudi Arabia to Mumbai, India, which was detained in the Persian Gulf for repeated violations of laws on the marine environment. The South Korean-flagged vessel transported 7,200 tons of ethanol. The crew detained on the ship arrived from Korea, Indonesia, Vietnam and Myanmar, "says message .

The vessel, moored after the arrest in the port of Bandar Abbas, will await trial in Iran.

Recommended:
Chinese automaker Chery's exports grow 18.7% in 2020
The head of the State Geological Survey of Ukraine offered ArcelorMittal Kryvyi Rih deposits of scarce metals
Central Asian Exports Decrease By 24 Percent In 2020
On this topic
Iran increased its steel exports in December at 91%
Nevedomaya the largest company on the planet, Saudi Aramco has fallen in price almost on 2%
The leader of Iran has accused the enemies of the Republic in protest against rising gasoline prices
Japan and South Korea fell out completely
South Korean President urges Japan to remove restrictions on metal exports
India blames Indonesia for dumping stainless steel
Add a comment
Сomments (0)
News Analytics
Ukraine failed to prove dumping by Russian aluminum wheel manufacturers21-01-2021, 17:03
Ukrzaliznytsia acquired 28 new passenger cars in 2020 and repaired 140621-01-2021, 16:21
Mariupol commercial port showed a rare video of the snow-covered Azov sea21-01-2021, 14:25
The head of the State Geological Survey of Ukraine offered ArcelorMittal Kryvyi21-01-2021, 13:07
Ukrainian consumers increased purchases of rolled metal products by 4.4% in 202021-01-2021, 13:42
China will overtake the United States to become the world's largest economy in27-12-2020, 12:04
The shortage in the US steel market will last at least until the end of the25-12-2020, 11:36
Steel production in China to surpass one billion tons this year23-12-2020, 10:59
Iron ore prices hit seven-year high and continue to rise15-12-2020, 10:26
Prices for metallurgical raw materials continue to rise in regional markets10-12-2020, 11:32
Sign in with: