The vessel is scheduled to enter service in February 2024. It will be powered by Japan's first gas engine and lithium-ion battery with a total capacity of 2847 kWh. 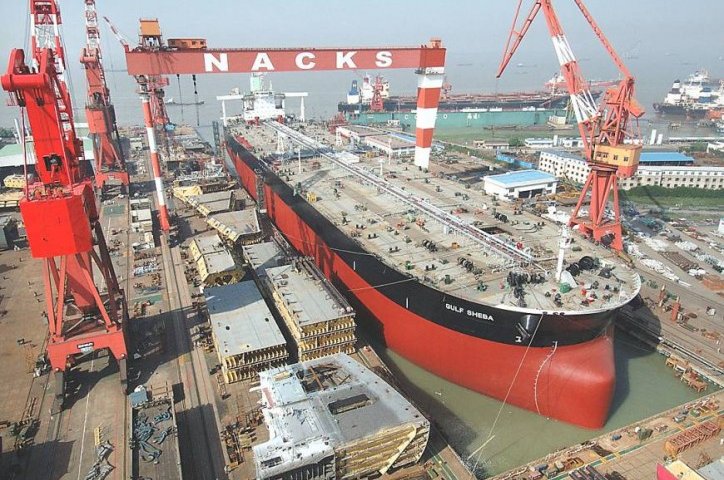 Nippon Steel Corporation, Tsuneishi Shipbuilding and Kawasaki Heavy Industries have reached an agreement to build a vessel with a hybrid propulsion system combining a gas engine and a battery. Nippon Steel's press service reported on Thursday, adding that the project was approved by the Global Environment Bureau of Japan's Ministry of the Environment and the Marine Bureau of Japan's Ministry of Land, Infrastructure, Transport and Tourism.

The vessel with a deadweight of 5,560 tons is planned to be commissioned in February 2024. The tanker, over 93 meters long, will be equipped with Japan's first gas engine and lithium-ion battery with a total capacity of 2847 kWh.

The LNG fuel tank is slated to use 7% nickel steel sheet developed by Nippon Steel Corporation for the first time as an offshore tank.

The propulsion system and onboard electricity while sailing are generated only by a gas engine developed by Kawasaki Heavy Industries. To create more power, long-distance and long-distance sailing, only natural gas will be used. The power plant and onboard power during entry, exit and docking of the vessel in port will be provided by the battery to ensure zero emissions engine operation.

The reduction in CO2 emissions from the introduction of the propulsion system of this vessel is 23.56% (about 30% when operating at normal load) compared to conventional vessels of the same type, noted in Nippon Steel.

Recall that at the end of August, one of the largest steel producers in the world, Tata Steel signed a memorandum with Mitsui OSK Lines (MOL), a global maritime transport group, with the aim of“ deploying environmentally friendly solutions for the delivery of "metallurgical raw materials by sea, providing for the construction of tankers and dry cargo vessels using the force of the wind (sails) for movement.