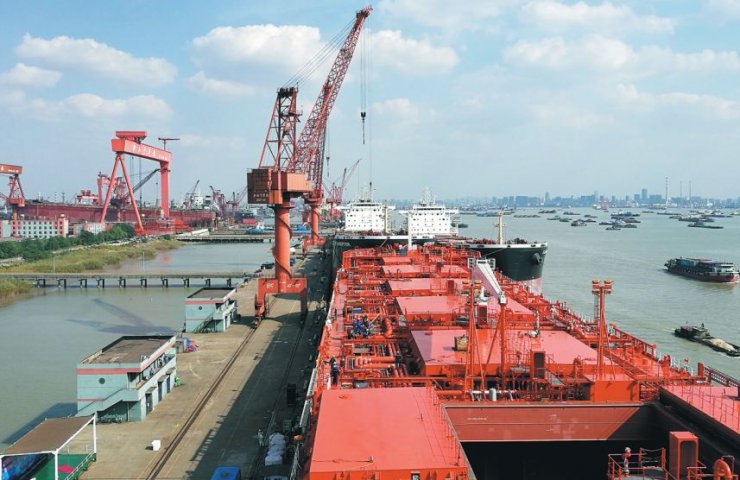 An ore carrier with a length of 340 meters and a carrying capacity of 325 thousand tons is expected to be handed over to the customer in July this year.

The vessel was built by Jiangsu Yangzi Xinfu Shipbuilding, a subsidiary of Yangzijiang Shipbuilding Group Ltd, based in the eastern China province of Jiangsu ..