According to preliminary data, workers of the contracting organization performed repair work in the coke-chemical shop of the plant and were poisoned by gas. 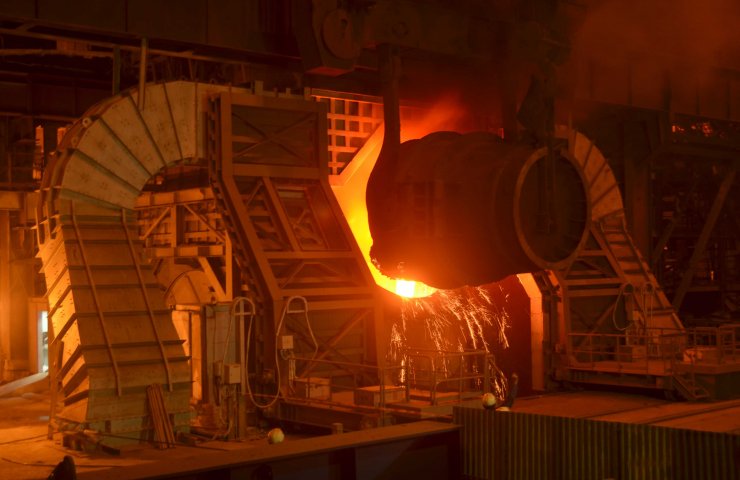 Four workers have died at a steel plant at the state-owned steel company Steel Authority of India Limited (SAIL) in Rourkele, eastern India. According to preliminary data, the cause of death of the personnel was a gas leak.

According to SAIL, all of the victims were employees of the private firm M /S Star Constructions and were performing repair work.

"The workers felt unwell at around 9 am on 01/06/2021 and were immediately rushed to the intensive care unit of Ispat's General Hospital (IGH) in Rourkele," the company said in a statement.

A special committee was formed at the plant to find out the causes of the incident. Local police are also investigating deaths.

According to SAIL PR specialist Dhirendra Mishra, the plant continues to operate normally.

SAIL shares fell after the news and fell 2.8% on the National Stock Exchange of India at 9:00 GMT.

Recommended:
Kharkiv "Biolek" has submitted for registration in Ukraine the Russian vaccine "Sputnik V"
In 2020, Ukraine received 22 container trains from China
Russia will start producing "green" hydrogen
On this topic
India's largest state-owned metallurgical company "doubled"
Indian state steel company to sell non-core assets
Indian state-owned steel company SAIL has increased sales by 35%
ArcelorMittal and Nippon Steel complete acquisition of Essar Steel
The largest airline of India will be closed – Minister of aviation
India's capital to launch smart waste bins for smart waste stations
Add a comment
Сomments (0)
News Analytics
YUZHMASH expects the adoption of the new space program of Ukraine in the near22-01-2021, 15:18
Eleven miners still await rescue from exploded gold mine in China22-01-2021, 12:34
Rivne NPP shut down power unit No. 122-01-2021, 12:13
Russia will start producing "green" hydrogen22-01-2021, 10:47
High-speed railway launched in China Beijing-Harbin highway22-01-2021, 10:22
China will overtake the United States to become the world's largest economy in27-12-2020, 12:04
The shortage in the US steel market will last at least until the end of the25-12-2020, 11:36
Steel production in China to surpass one billion tons this year23-12-2020, 10:59
Iron ore prices hit seven-year high and continue to rise15-12-2020, 10:26
Prices for metallurgical raw materials continue to rise in regional markets10-12-2020, 11:32
Sign in with: