POSCO has been delivering thanksgiving plaques to veterans abroad since 2013 and produces medals dedicated to people of national merit. 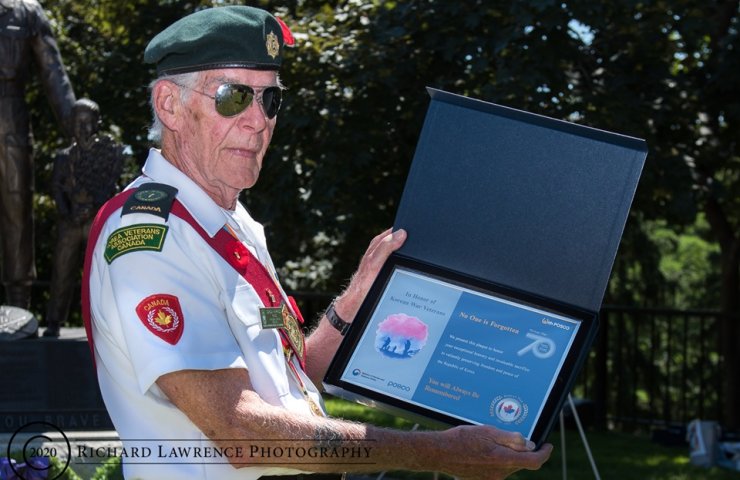 Jong-Woo Choi, CEO of South Korea's largest steel company, POSCO, presented plaques of thanks to 3,700 veterans from 16 countries to commemorate the 70th anniversary of the Korean War.

In order to pay tribute and express gratitude to the veterans of the Korean War, last year, POSCO began to prepare celebrations. Despite various restrictions associated with the COVID-19 pandemic, the plaques were handed to veterans along with face masks and hand sanitizers.

Plates were created from POSCO stainless steel using PosART technology - environmentally friendly color inkjet printing. The following message was engraved on the tablets in eight languages: "No one is forgotten, you will always be remembered." Although the Korean War is called the "Forgotten War," the inscription on the plaques demonstrates POSCO's determination to never forget these veterans.

Recommended:
China to continue “drastic cuts” in steel production in 2021
Russia has expanded sanctions against Germany
Hyundai and Kia expect car sales to grow by 11.5% in 2021
On this topic
South Korea sends military special forces to release tanker captured by Iran
South Korea's Hyundai Motor resumed production after a partial lifting of the quarantine in China
Posco prepares for the green car era
Japan and South Korea fell out completely
South Korean President urges Japan to remove restrictions on metal exports
South Korean metallurgists complain of growing environmental burden
Add a comment
Сomments (0)
News Analytics
Interpipe Steel: green metallurgy in Ukraine turns 9 years old18-01-2021, 15:28
Ukrmetallurgprom clarifies data on iron and steel smelting in Ukraine for 202018-01-2021, 12:50
At least 12 living miners remain under the rubble of a mine blown up on January18-01-2021, 11:47
In the Republic of Tuva, a citizen of China died as a result of a collapse in a17-01-2021, 11:44
Lenovo remains the global leader in personal computer shipments in 202017-01-2021, 08:19
China will overtake the United States to become the world's largest economy in27-12-2020, 12:04
The shortage in the US steel market will last at least until the end of the25-12-2020, 11:36
Steel production in China to surpass one billion tons this year23-12-2020, 10:59
Iron ore prices hit seven-year high and continue to rise15-12-2020, 10:26
Prices for metallurgical raw materials continue to rise in regional markets10-12-2020, 11:32
Sign in with: