In China, the line for Tesla Model Y stretched until summer

Locally assembled machines are in high demand in the Chinese market. 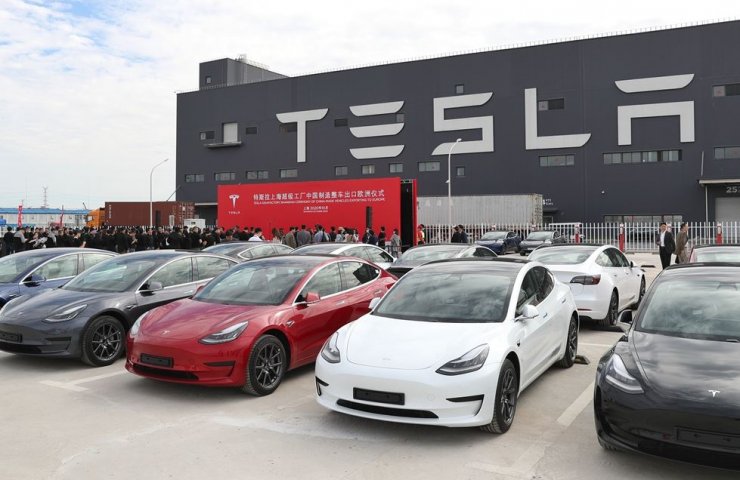 Earlier this year, we wrote that Tesla began accepting orders for Model Y crossovers, the assembly of which the company established in Shanghai. Now locals claim that orders are now being accepted for the second quarter of 2021, and if you order the most expensive Performance version now, you will have to wait until the second half of the year. Rumor has it that the capacity of the Model Y production line at the Shanghai plant can make three thousand crossovers a week, which is approximately 40 thousand cars a quarter. Thus, the Chinese have already ordered more than 40 thousand Model Ys of local assembly.

The plant in China went into operation at the very end of 2019, becoming the second Tesla automobile enterprise in the world. Until recently, he produced exclusively Model 3 sedans, including for export. Now the enterprise is capable of producing about 250 thousand cars a year, and in the future its capacity should exceed 500 thousand cars annually.

As a reminder, the Tesla plant became the first fully foreign-owned automobile enterprise in China. All other foreign cars in China are produced by joint ventures.

Recommended:
US virus deaths outnumbered World War II
HPP Sanxia in China sets world record for electricity generation
Construction of Nord Stream 2 in Danish waters to begin on January 15 - DEA
On this topic
Tesla starts shipping Chinese versions of the Model Y SUV
Dneprotyazhmash in 2020 expects a fall in sales of mining and metallurgical products by
Tesla lowers Model prices 3 China 10%, to obtain subsidies from Beijing
Volkswagen launched the production of electric vehicles costing less than 30,000 euros
The future of electric vehicles is being shaped in China
Is the German auto industry preparing for a collapse?
Add a comment
Сomments (0)
News Analytics
YUZHMASH expects the adoption of the new space program of Ukraine in the near22-01-2021, 15:18
Eleven miners still await rescue from exploded gold mine in China22-01-2021, 12:34
Rivne NPP shut down power unit No. 122-01-2021, 12:13
Russia will start producing "green" hydrogen22-01-2021, 10:47
High-speed railway launched in China Beijing-Harbin highway22-01-2021, 10:22
China will overtake the United States to become the world's largest economy in27-12-2020, 12:04
The shortage in the US steel market will last at least until the end of the25-12-2020, 11:36
Steel production in China to surpass one billion tons this year23-12-2020, 10:59
Iron ore prices hit seven-year high and continue to rise15-12-2020, 10:26
Prices for metallurgical raw materials continue to rise in regional markets10-12-2020, 11:32
Sign in with: