They tried to smuggle wastes from metallurgical production to China under the guise of iron ore: four suspects were arrested. 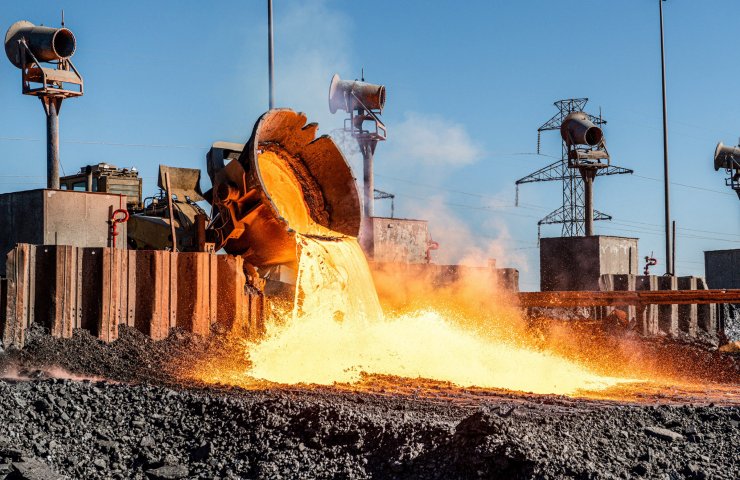 The port services of Northern China returned to the sender pyrite slag with a total weight of 498 thousand tons, which they tried to import into the country under the guise of iron ore raw materials. This is the largest amount of solid waste attempted to be smuggled into China, Tianjin Customs officials said.

The smuggled waste was seized and four suspects were arrested as part of a special campaign launched in June 2020.

This waste, declared in the declaration as fines of iron ore, was intercepted during an inspection after the customs officers suspected it due to the pungent odor. In March 2020, part of the batch was sent for further laboratory analysis.

This solid waste was reported to have been returned to where it came from on seven ships over a five-month period starting in October 2020.

As a reminder, China has banned all solid waste imports from January 1, 2021.

China began importing solid waste as a source of raw materials in the 1980s and has been the world's largest importer for many years. With increasing public awareness of environmental protection and the country's transition to greener economic growth, China began phasing out solid waste imports in 2017.

Recommended:
India's steel mills rescue a choking country from impending disaster
April steel production of "Zaporizhstal" increased in annual comparison by almost 50%
A fatal accident occurred on the territory of the Dnieper Metallurgical Plant
On this topic
For the first time, electric transport has become more cost-effective than with internal combustion
POSCO creates artificial reefs from steel slag in sea of Japan
Platts: Real steel demand in China will fall by 36% in the first quarter
China's economic growth slows down due to trade war with the United States
Chinese imports of iron ore fell to three-year low
China's steel sector can only rely on the real estate sector
Add a comment
Сomments (0)
News Analytics
Dneprotyazhmash manufactures technological equipment for DMK07-05-2021, 10:07
The National Bank of Ukraine will sell 46 tons of scrap metal from obsolete07-05-2021, 10:10
Dnieper Metallurgical Plant DCH Steel in April reduced steel production by 2.8%07-05-2021, 09:18
Revised draft law on support of the extractive industry of Ukraine sent to07-05-2021, 09:41
Global auto industry to lose more than 2 million cars due to chip shortage -06-05-2021, 21:26
The current state of the market is ideal for the sale of rolled steel - IREPAS04-05-2021, 18:41
Global hydrogen demand to grow 7-fold by 2070 - PwC21-04-2021, 12:31
World Steel Association predicts a good year for metallurgists15-04-2021, 18:19
World Steel Association defines green steel and its variations12-04-2021, 13:14
China unlikely to cut steel capacity in 2021 due to high steel prices07-04-2021, 12:11
Sign in with: