The owner of a Kazakh metallurgical plant has promised to invest $ 3 billion over 10 years to modernize the enterprise. In Kazakhstan, they called it "crumbs" compared to ArcelorMittal's investments in India. 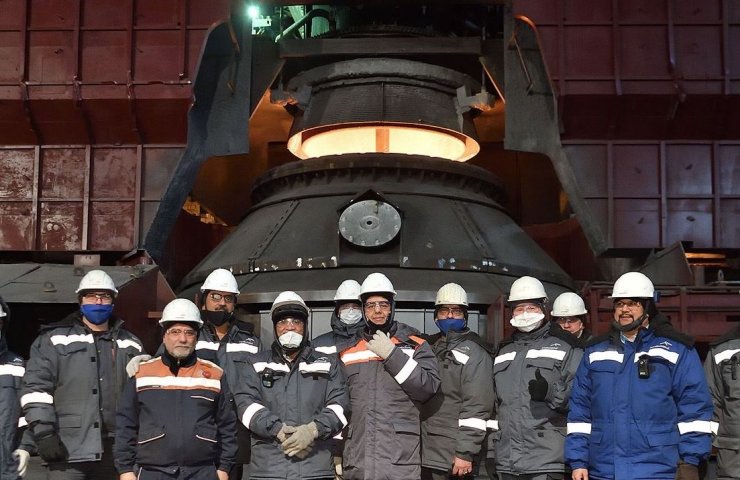 The largest metallurgical enterprise in Kazakhstan "ArcelorMittal Temirtau" again chose the Italian company Danieli Corus to implement new projects for the production of iron and steel at the metallurgical plant in Temirtau.

According to Danieli's press service, the projects envisage the reconstruction of blast furnaces No. 8 and No. 10 serving blast furnace No. 3. The project includes the transition from a hemispherical design to a mushroom dome design, the installation of a ceramic burner, and the use of a proven Danieli Corus design with allowance for expansion in a refractory design. Danieli is also upgrading Oven # 9.

In addition, after the commissioning of a new converter No. 3 for 300 tons in Temirtau, ArcelorMittal ordered the replacement of two other converters with a capacity of 300 tons. Like Converter # 3, these vessels will be equipped with a maintenance-free suspension system based on Danielli's patented vertical and horizontal elements.

British billionaire of Indian origin Lakshmi Mittal is going to invest $ 3 billion in the economy of Kazakhstan. At the same time, his company ArcelorMittal Nippon Steel will invest $ 13.5 billion in new production in India. As reported by the Kazakh media, financial injections into the country's economy will not be made at a time. Investments are calculated for 10 years.