In the first half of the year, profits in the Chinese non-ferrous metals sector reached a new high on the back of an 11% increase in metal production. 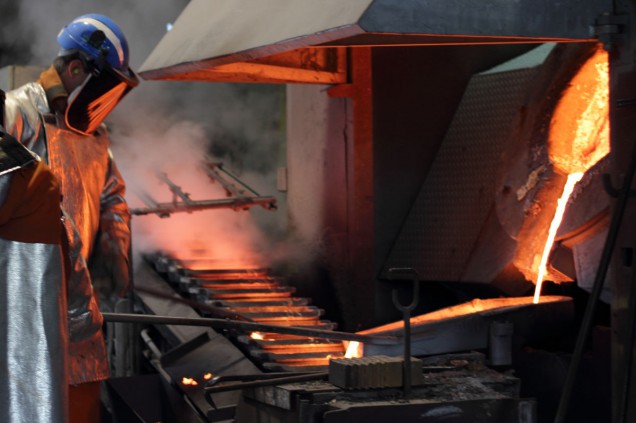 According to the results of the first half of this year, there was a steady growth in the sector for the production of non-ferrous metals in China. In the reporting period, profits of large industrial non-ferrous metal enterprises reached an all-time high of 163.97 billion yuan (about $ 25.37 billion), up 224.6% year on year, according to data from the China Nonferrous Metallurgy Association. p>

This figure increased by 35.66 billion yuan from the level in the first 6 months of 2017, with an average growth rate of 6.3% in the period January-June over the past four years.

During the reporting period, the debt-to-assets ratio in this sector decreased. By the end of June, this indicator for the aforementioned enterprises amounted to 60.6%, which is 2.8 percentage points less than in the first half of 2017.

In the first half of 2021, production of the 10 main types of non-ferrous metals, including copper and aluminum, reached 32.55 million tons, an increase of 11% year on year.

Investment in fixed assets in the sector increased by 15.7% compared to the same period last year, the association said.

Финансовая аналитика, прогнозы цен на сталь, железную руду, уголь и другие сырьевые товары. More news and analytics on Metallurgprom telegram channel - subscribe to get up-to-date market information and price forecasts faster than others.
Сomments
Add a comment
Сomments (0)
On this topic
Guoxuan and Tata AutoComp from China form a joint venture
Indian demand for iron ore is projected to grow at around 8 percent
In Nissan have announced falling sales in Europe and Russia by 20%
Chinese researchers develop soft robot for deep sea exploration
China's economic growth slows down due to trade war with the United States
POSCO and Hyundai Steel to lose up to 30 percent in profits due to higher ore prices
Recommended:
War in Ukraine to accelerate world economy transition to clean energy - BP
Sweden announced the discovery of Europe's largest deposit of rare earth metals
Steel production in China rose in the first decade of January
News Analytics
War in Ukraine to accelerate world economy transition to clean energy - BP30-01-2023, 11:49
ArcelorMittal invests $120m in US green steel company30-01-2023, 11:11
The United States refused to comply with the decision of the WTO on tariffs on29-01-2023, 20:08
China remains the world leader in shipbuilding with a 50% share of new shipyard29-01-2023, 12:35
Prices for metal products in Ukraine increased by 26% last year29-01-2023, 12:06
S&P: Russia will continue to dominate the steel export market in the Black05-01-2023, 11:22
Fitch Analysts Predict Big Drop in Global Steel Consumption This Year14-12-2022, 13:59
Analysts predict 5% annual growth in the iron casting market through 203006-12-2022, 12:44
Commodity prices will fall, metals quotes will rise slightly - Focus Economics28-11-2022, 13:28
Platinum market to face shortage next year - WPIC22-11-2022, 18:25
Sign in with: