Sanctions against the largest machine-building plants in Belarus were introduced on June 21 this year after the incident with the Ryanair plane flying from Athens to Vilnius. The EU is currently discussing a new package of sanctions for Belarus due to the migration crisis. 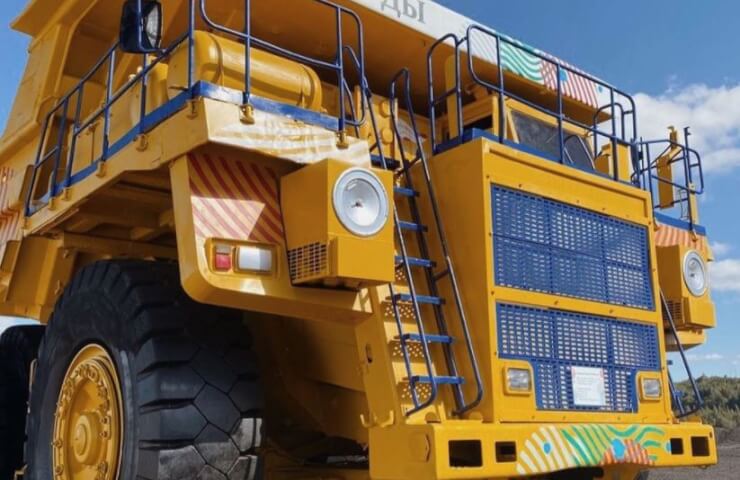 The Belarusian Automobile Plant (BelAZ), which fell under EU sanctions, was unable to send auto parts to Bosnia and Herzegovina, since the Lithuanian customs refused to let the cargo through and returned it to Belarus.

As noted in the message of the customs, a cargo of spare parts weighing almost 15 tons was checked at the Medininkai border control point, the cost of the cargo is more than 214 thousand US dollars. A batch of car parts was returned because EU sanctions were imposed on BelAZ on the sale and supply of goods.

Earlier, in September, it was forbidden to export another cargo of this Belarusian enterprise through the Klaipeda port - 18 containers with spare parts for four BelAZ dump trucks. Then the cargo had to go to Chile.

On June 21, 2021, EU sanctions came into force against 78 Belarusian individuals and eight organizations due to the situation with human rights violations in Belarus. In particular, the sanctions apply to the Minsk Automobile Plant (MAZ), BelAZ and Belaeronavigatsia.

In parallel with the EU, the US, UK and Canada expanded the sanctions lists.

The sanctions were the EU's response to the incident in connection with the emergency landing in Minsk of a Ryanair plane flying from Athens to Vilnius on May 23, due to an unconfirmed mining report.

The EU is currently discussing a new package of sanctions for Belarus due to the migration crisis, which the West blames the official Minsk for.