Dutch mining and metallurgical holding Metinvest B.V. (Metinvest) Ukrainian billionaire Rinat Akhmetov sent a request to the European Commission for clarification on purchases from the Belarusian Automobile Plant, which fell under European sanctions. 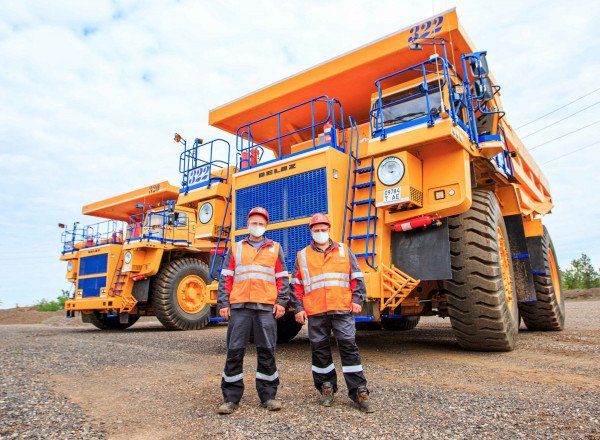 As the General Director of Metinvest Yuri Ryzhenkov said in an exclusive interview after the press conference held in Kiev on the occasion of the 15th anniversary of the company in Kiev on Wednesday, in connection with the imposition of sanctions on two Belarusian enterprises - MAZ and BelAZ, the company sent a request to the European Commission and a number of other European structures.

According to him, Metinvest purchases a lot of equipment from BelAZ, mainly for economic reasons.

“Most of our actions - 99% - are pure economics. When we buy BelAZ - because, according to our calculations, it is more efficient with us, for example, in comparison with Caterpillar or other companies. There is 1% here, which is historically associated with our mining and processing enterprises: the design of the quarry itself, the entire chain, is for a certain technique.

Now, for example, to change BelAZ to Caterpillar, you need to make a lot of changes. We made such a project at InGOK, changed the BelAZ trucks to Caterpillar, but for this we had to redo the roads, we had to make different turning radii, and we had to install other excavators. That is, this is the whole chain, "the top manager explained.

Therefore, the company now foresees that the sanctions will have to solve the problems that have arisen with this.

“We will now see what to do with this, sent requests, including to the European Commission, as it turned out there - they inserted sanctions against MAZ and BelAZ into the list, where mostly individuals. Only two companies are listed as individuals. Therefore, it is not clear how this should legally work. Therefore, we turned to them for clarification and then we will somehow react, "- said the CEO.

At the same time, he suggested that the company would have to retrain for other equipment, adding that "there is enough equipment in the world, we will look."

“But the bad thing is that we have lost the metal market in Belarus, since these enterprises were consumers of our metal,” the top manager summed up.