The Board of Directors of Scandia Steel decided to gradually abandon the Belarusian Metallurgical Plant as a supplier in the future. 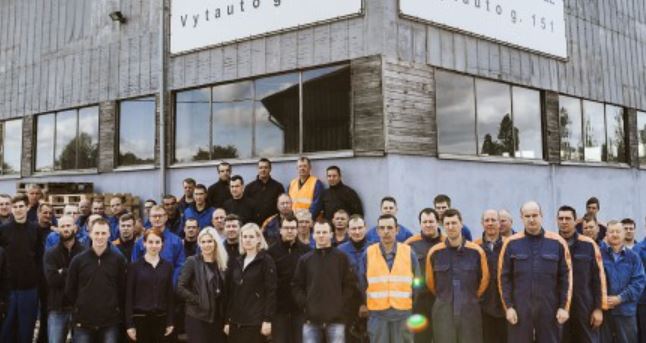 The Belarusian diaspora in the UK forced a small Swedish company to refuse to buy steel from the Belarusian Metallurgical Plant (BMZ). This is reported by the Belarusian media with reference to their sources.

“Non-governmental organizations and Belarusian diasporas have repeatedly appealed to BMZ customers, including Sсandia Steel Baltic, a part of the Swedish company Scandia Steel, owned by the Storskogen foundation, regarding violations of workers' rights at its supplier and the compliance of these violations with their ethical rules ", - writes the telegram channel" Economy of Belarus ".

As a result of pressure, the Swedes refused to place new orders for BMZ due to violations of workers' rights.

In its Reply sent to the PUBB on 18 June 2021, Scandia Steel states that it“ takes seriously all allegations of human rights violations, whether in relation to our own activities or business relationships. ".

The Scandia Steel Board of Directors examined the situation and decided to “gradually abandon BMZ as a supplier and refuse to place orders for supplies in the future.”

Scandia Steel is a small Swedish company that specializes in the production of steel piles for foundations. Scandia Steel AB has 94 employees and a turnover of around SEK 400 million. In May of this year, a controlling stake in Scandia Steel was acquired by the investment group Storskogen.

“We are delighted to have acquired Scandia Steel. It is a well-managed company in an interesting industry with a very strong market position, profitable business model, high competence and long-term relationships with its suppliers and customers, "said Fredrik Bergegard, executive vice president and commercial director of industry, Storskogen.

Based on the results of work for four months in 2021, OJSC BMZ, the management company of the BMK holding, exported products worth more than $ 430 million to 44 countries of the world, which is 123% over the same period of the previous year. The leader in exports is steel wire, with sales growth of nearly 170% yoy.

The list of countries included in the top 5 importers of BMZ products has not changed this year. There was only a redistribution of their positions: the leadership is still held by Russia, followed by Lithuania, Israel, Germany and Poland.

As a reminder, this week Michelin began to investigate violations of workers' rights at BMZ in the light of the recent resolution of the EU Parliament, in which all EU enterprises are asked to "exercise special discretion and fulfill their obligations to respect human rights" and "refrain from any new investment, and to express public protest. against the ongoing repression of the Belarusian authorities in the country. ”

Финансовая аналитика, прогнозы цен на сталь, железную руду, уголь и другие сырьевые товары. More news and analytics on Metallurgprom telegram channel - subscribe to get up-to-date market information and price forecasts faster than others.
Сomments
Add a comment
Сomments (0)
On this topic
Denmark withdrew permission to build a gas pipeline from Norway to Poland
Ukraine is interested in import of electricity from Belarus Alexey Orzhel
Belarusian products may flow to Russian ports
Anti-union repression intensifies in Belarus - Trade union of metallurgists and miners of Ukraine
AFP: In Minsk to protest against the Union with Russia came about 1000 people
The supply of electricity from Russia to Ukraine will be increased to market sources
Recommended:
Emirates Steel saves $60 million by streamlining and improving production
Severstal has taken the first step towards delisting on Western exchanges
China has sharply increased the export of excavators by reducing supplies to the domestic market
News Analytics
Lithium mining in Chile's Atacama sparks controversy over flamingo habitat20-05-2022, 12:33
Europeans have sharply reduced the purchase of new cars20-05-2022, 08:34
Installed renewable energy capacity in China skyrockets in first four months of20-05-2022, 08:18
Martina Merz will continue to lead the German ThyssenKrupp until March 202820-05-2022, 08:50
European metallurgists criticized the plans of the European Commission to20-05-2022, 08:02
US steel market sentiment becomes more price neutral05-05-2022, 10:15
The global high-strength steel market will grow steadily by 5% annually for the04-05-2022, 08:45
China steel inventories hit 13-month high amid COVID-19 outbreak30-04-2022, 16:38
Slowdown in global auto sector affects steel prices27-04-2022, 12:36
World alumina production reaches a record 138 million tons21-04-2022, 09:54
Sign in with: