Ukraine imposes sanctions against the son of Belarusian President Lukashenko

The decision on the sanctions was made by the government and submitted to the Security and Defense Council of Ukraine. If the council approves, it will be adopted by decree of President Volodymyr Zelenskiy. 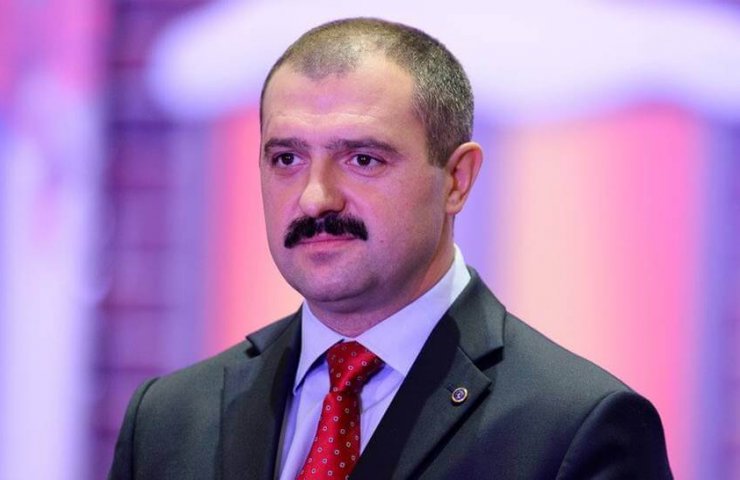 The Ukrainian government has proposed to impose personal sanctions against 52 Belarusian officials, including the son of President Alexander Lukashenko, Viktor, reads a detailed text of the Cabinet of Ministers resolution published on Friday.

On Wednesday, Kiev decided to impose sanctions against Belarusian officials involved in the "falsification" of the 2020 presidential election results and human rights violations, but no names and details were given.

Friday's text says personal economic sanctions against Minsk officials will be imposed for a three-year period and will include a ban on visits and transit through Ukraine, as well as an asset freeze.

Among the victims of the sanctions attack in Kiev are almost all the current and former heads of the Ministry of Internal Affairs, the State Security Committee (KGB), advisers and aides to the president, as well as the heads of the Prosecutor General's Office and the Central Election Commission.

The decision on the sanctions was made by the government and submitted to the Security and Defense Council of Ukraine. If the council approves, it will be adopted by decree of President Volodymyr Zelenskiy.

Belarus faced a political crisis after the August 9 elections, marked by allegations of vote rigging, leading to massive protests against Lukashenko, who has been in power since 1994.

Финансовая аналитика, прогнозы цен на сталь, железную руду, уголь и другие сырьевые товары. More news and analytics on Metallurgprom telegram channel - subscribe to get up-to-date market information and price forecasts faster than others.
Сomments
Add a comment
Сomments (0)
On this topic
Belarusian steel plant resumes work after the strike of those who disagree with Lukashenko's
Gazprom cuts gas supplies through Belarus by 40%
The President of Belarus instructed in the coming days to find an alternative to Russian oil
The government of the Netherlands to sue Russia over downed MH17
S&P Global Platts: the Transit of Russian gas through Ukraine will grow in the coming weeks
The operator of the Ukrainian gas transmission system denied reports on the resumption of transit
Recommended:
Coal production in China increased by 11% in January-August
London Metal Exchange for the first time in history banned trading for ethical reasons
European non-ferrous metal producers demand action on rising energy prices
News Analytics
The production of passenger cars in Russia decreased by 2.8 times in eight29-09-2022, 11:19
Donetsk and Torez electrotechnical plants will start producing electrical29-09-2022, 11:37
Ukrainian coking plants reduced gross coke production by 55.2%29-09-2022, 11:28
China ramps up investment in transport to bolster economy29-09-2022, 11:33
The heads of mining companies named the main risks for business29-09-2022, 10:03
China production cuts in winter will give limited boost to steel markets -15-09-2022, 10:09
Steel prices may rise as manufacturers stop production11-09-2022, 14:06
IREPAS: The global long products market is in a "dramatic situation"10-09-2022, 20:49
Steel prices are unlikely to rise significantly in the near future - analysts02-09-2022, 22:58
Steel prices may move up on new data from China31-08-2022, 12:19
Sign in with: