Electric steel-making furnaces of the largest metallurgical plant in Belarus were stopped by protesters against Lukashenka at about noon on Monday, the furnaces resumed operation at about 17:00. 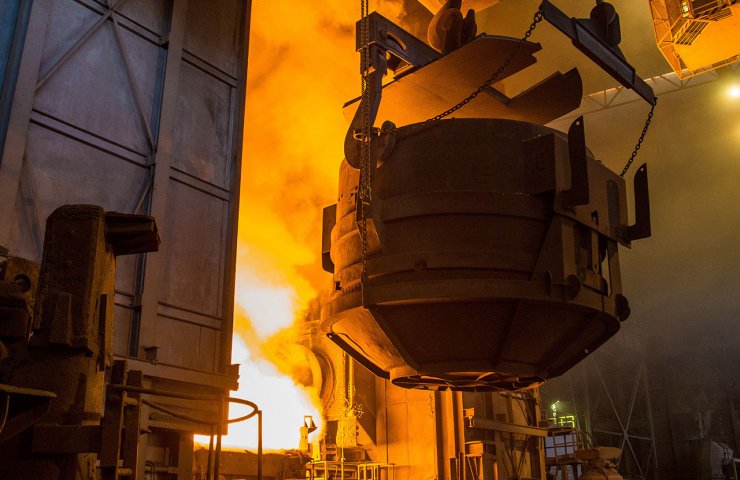 The Belarusian Metallurgical Plant (OJSC BMZ - the managing company of the BMK holding) has restarted its steel-making furnaces, steel production has returned to normal, the company said on Monday evening.

"Electric steel-smelting furnaces have resumed their work, the plant is operating as usual," the message says.

Thus, the protest action of the workers of the plant against the re-election of Alexander Lukashenko for a new term as President of Belarus lasted for several hours, without significantly affecting the production indicators of the enterprise.

According to a representative of the collective, the company is currently collecting signatures of workers under a petition with political demands. In particular, we are talking about the end of violence and the holding of re-elections with the participation of international observers.

"If these requirements are not met, then in this case BMZ will go on an indefinite strike until they are fulfilled," said an employee of the enterprise.

Last week the general director of the enterprise Dmitry Korchik noted that since the beginning of the month the production of metal products has been going with a "plus" in all redistributions. The same goes for shipping. So, for 10 days in August, with the plan of 50 433 tons, 57 492 tons of metal products were shipped to consumers. According to him, this suggests that in August BMZ will fulfill its obligations to customers.

Let us remind you that production at Belaruskali partially stopped on Monday. The workers of the factories also went on strike and began to form strike committees.

Earlier, the President of Belarus Alexander Lukashenko arrived at MAZ after the Minsk Wheel Tractor Plant (MZKT). Talking to the workers, he urged them not to trust information from the Internet, where there is now a lot of compromising material on him. During Lukashenka's speech, the workers of the MZKT shouted to "Father" "Go away!" and demanded fair elections.