Rotterdam has agreed to temporarily dismantle part of its historic Koningshaven Bridge so that Jeff Bezos' 417-foot three-masted yacht can navigate the waterway this summer. 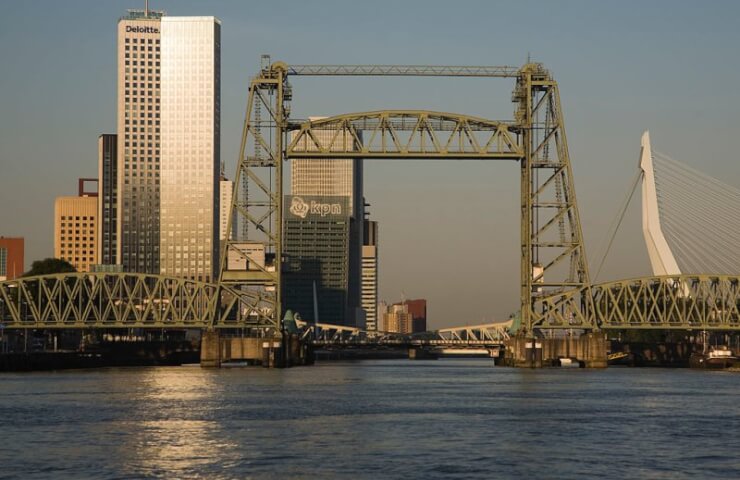 The 127m (417ft) sailing yacht codenamed Y721 is being built by the Dutch company Oceanco in Alblasserdam for billionaire Jeff Bezos. But to get out on the open sea, the yacht must first pass through the port of Rotterdam - considered the maritime capital of Europe - and the city's historic steel bridge, known as De Hef (The Raised), which is just over 131 feet high.

The Y721 will be one of the largest sailing yachts ever built in the Netherlands, the unofficial capital of shipbuilding for the very wealthy. Rotterdam City Council project manager Marcel Wahlravens defended the city's decision to allow the bridge to be dismantled, telling local broadcaster Rijnmond that it was "the only alternative" to complete what the municipality considers a "very important project" from an economic standpoint.

According to Rotterdam spokeswoman Francis van Heijst, the city authorities have agreed to temporarily dismantle the central part of the bridge this summer for the passage of Bezos' yacht. According to him, the costs of disassembling and assembling the bridge will be covered by the shipbuilding company. It is likely that some of this spending will be passed on to Bezos, the second-richest person in the world with a net worth of $175.8 billion, according to the Bloomberg Billionaires Index.

De Hef is regarded as a symbol of Rotterdam's industrial heritage as a shipbuilding hub, and news of its partial demolition has caused a stir among locals. The nearly 100-year-old bridge was once a railroad bridge. But in 1994, an underground tunnel began to perform its functions. Now De Hef is considered a historical site, a monument to the industrial past of the city and its decoration. In 2014, the bridge was dismantled and thoroughly renovated. In 2017, it opened in a restored form, and the authorities promised that they would not take it apart again.

The rising personal wealth of billionaires during the pandemic has seen superyacht sales hit an all-time high last year. A total of 887 of these vessels were sold in 2021, up 77% from a year earlier and more than double that of 2019, according to a report from marine data firm VesselsValue. Boatmaker Burgess reported superyacht sales of over 2 billion euros ($2.3 billion) last year.