The Dutch government intends to fund more than € 2 billion for the construction of a CO 2 catcher and warehouse in the Port of Rotterdam, where Shell and Exxon refineries operate. 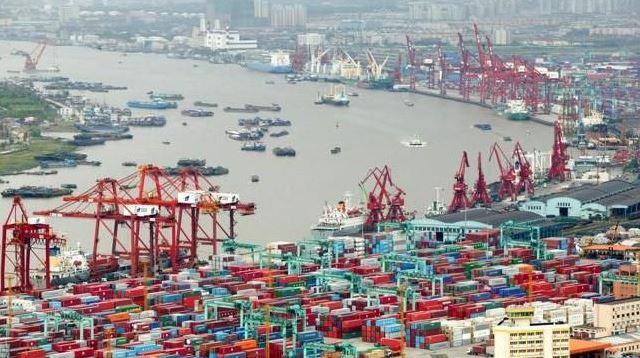 The Dutch government has told a consortium of companies including Royal Dutch Shell Plc and Exxon Mobil Corp. that it will spend 2.1 billion euros in the coming years on a project to capture greenhouse gases and store them on the seabed near the port of Rotterdam.

The Port of Rotterdam produced 22.4 million tons of carbon dioxide last year, which is about 14% of the country's annual emissions. The carbon capture project, known as Porthos, will capture pollution from companies' refineries and hydrogen production plants in the general network. The gases will then be compressed and piped offshore and pumped into a sandstone reservoir three kilometers below the seabed where natural gas was once located.

In the European Union, industrial companies are already paying huge sums for carbon emissions through the emissions trading system. This year alone, the price of a tonne of carbon has risen by about 70% to almost € 55 per metric tonne.

According to the organizers of the project, the creation and operation of a Dutch carbon capture system could cost companies an average of about 80 euros per tonne. A government subsidy compensates for the difference by paying - at current prices - about € 25 per tonne of emissions.

Companies involved in the Rotterdam Portus project have said they aim to launch a carbon capture system by 2024. By then, the price of carbon may already be high enough to eliminate the need for additional government subsidies that will be offered for the hub's first 15 years. BloombegNEF analysts expect the carbon tax to exceed € 100 per ton by 2030.

Similar models for capturing greenhouse gases are being implemented in Norway and the UK, also with government support.

Recommended:
The court confirmed the illegality of the change of management of the Zaporozhye titanium and magnesium plant
Zaporizhstal Steel Works passed a certification audit of the quality of hot-rolled steel
The third diesel train of the DPKr-3 series produced by KVSZ went for testing
On this topic
ThyssenKrupp plans to turn the Port of Rotterdam into an international hydrogen hub
EU approves targets to reduce greenhouse gas emissions by 55% by 2030
Europe invests about $ 150 billion in hydrogen projects - report
Oil giant Shell goes into hydrogen and biofuels, abandoning oil
Akademik Chersky arrives at the Nord Stream 2 pipe-laying site
Russia did not mind replacing natural gas with hydrogen in Ukrainian transit in 2035
Add a comment
Сomments (0)
News Analytics
Energoatom approved Electrotyazhmash as a supplier of turbine generators for16-06-2021, 14:57
Representatives of Ukraine and Germany discussed the prospects for cooperation16-06-2021, 10:49
Vestas and DTEK RES signed an agreement for the supply of wind turbines for the16-06-2021, 10:45
SSAB agrees with Volvo to supply and refine HYBRIT decarbonized steel16-06-2021, 10:40
Energomashspetsstal manufactured blanks for reactor equipment parts for16-06-2021, 09:38
Vaccinations fuel demand for platinum - World Platinum Investment Council08-06-2021, 12:55
Sharp price growth continues in the rolled metal market - Ukrpromvneshexpertiza08-06-2021, 11:04
Analysts note overheating of the global scrap metal market01-06-2021, 13:28
Hydrogen-fueled steelmaking could be competitive after 2050 - McKinsey19-05-2021, 14:22
Steel raw material prices are skyrocketing across the board18-05-2021, 12:34
Sign in with: