New cross-border infrastructure is needed to support the energy transition, in particular the expansion of the pipeline network. The specific and significant demand for hydrogen from the steel industry as an alternative to coal, as well as the storage capacity of CO 2 , could be an incentive to implement this infrastructure. 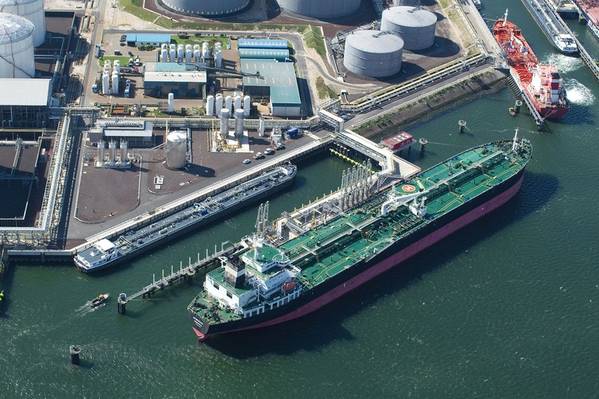 German steel company ThyssenKrupp Steel and the Port of Rotterdam are jointly exploring the creation of an international hydrogen supply hub. As part of its journey towards climate-neutral steel production, ThyssenKrupp will need a large and ever-increasing amount of hydrogen to produce coal-free steel. For decades, the company has imported coal, iron ore and other raw materials through its own terminal in Rotterdam and delivered them to its blast furnaces in Duisburg by barge and rail.

“The partners will jointly explore the possibility of importing hydrogen through Rotterdam and a possible pipeline corridor between Rotterdam and ThyssenKrupp Steel and HKM's Duisburg plants. Collaboration can form the basis for further initiatives and is designed to support existing initiatives and projects in which partners are involved, "- said in a statement ThyssenKrupp.

The Port of Rotterdam already plans to import hydrogen from a large number of countries and regions around the world. Green hydrogen is a sustainable alternative to coal, oil and natural gas. Importing large quantities of hydrogen is necessary if Europe and Germany want to reduce 2 CO emissions and become climate neutral by 2050 without losing a strong industrial footing. Rotterdam is also building a carbon transport and storage system, Porthos, which could also act as a CO 2 storage facility for the production of blue hydrogen as part of the H2morrow Steel project.

Collaboration between Rotterdam as Europe's largest port and Duisburg as Europe's largest steelmaker could signal the creation of supply chains for the energy transition and contribute to the development of a sustainable European logistics hydrogen cluster.

Финансовая аналитика, прогнозы цен на сталь, железную руду, уголь и другие сырьевые товары. More news and analytics on Metallurgprom telegram channel - subscribe to get up-to-date market information and price forecasts faster than others.
Сomments
Add a comment
Сomments (0)
On this topic
French railroad workers bought a "daughter" of the bankrupt British Steel
Eramet, BASF and SUEZ launch a comprehensive lithium-ion battery recycling project in Europe
Toshiba's European business is cyberattacked by a group of hackers attacking the Colonial Pipeline
The ship Ever Given, which blocked the Suez Canal, again entered the route from Asia to Europe
German Saarstahl announces purchase of two French steel mills Liberty Steel
Eurofer is proud of its support of the new industrial strategy of European Union
Recommended:
Ukraine and the United States announced cooperation in the field of small modular nuclear reactors
China to halve ferroalloy production due to weak demand
India plans measures to stimulate domestic steel exports
News Analytics
China's iron ore output to rise in 2023 as new projects are launched30-11-2022, 18:10
"Centravis" agreed to supply a new batch of seamless pipes to a30-11-2022, 16:51
Metinvest enterprises in Ukraine resumed work after massive shelling of29-11-2022, 11:59
The European Council added the violation of restrictive measures (sanctions) to28-11-2022, 14:22
The abolition of export duty in India may reduce the price of Turkish steel28-11-2022, 14:07
Commodity prices will fall, metals quotes will rise slightly - Focus Economics28-11-2022, 13:28
Platinum market to face shortage next year - WPIC22-11-2022, 18:25
Global steel demand falls and will fall by 2.3% in 2022: WorldSteel19-10-2022, 23:12
Iron ore prices fall to 11-month low15-10-2022, 10:36
China production cuts in winter will give limited boost to steel markets -15-09-2022, 10:09
Sign in with: