£ 50 billion in cash "missing" at the Bank of England

The use of cash in the UK has been declining for years, but the demand for it is growing rapidly. Nobody knows exactly where the banknotes go. 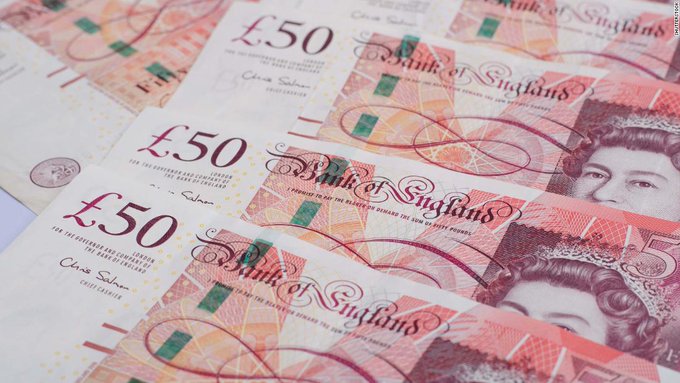 A group of UK lawmakers said Friday that £ 50bn (over $ 67bn) in cash had “disappeared” and called on the Bank of England to investigate.

The money "is hidden somewhere, but the Bank of England does not know where, by whom or for what - and that seems very curious," said Meg Hillier, chair of the House of Commons' Public Accounts Committee (PAC), which oversees government finance, the message says.

The Bank of England said that recipients of cash should not be accountable to them for what they want the banknotes for, adding that all demand for cash is being met in full.

Despite the increased use of digital payments, the demand for cash in most advanced economies has increased since the onset of the global financial crisis.

“We are seeing an increasing use of cash as a store of value rather than for transactional purposes,” said Bank of England Chief Cashier Sarah John.

While demand for banknotes and coins fell sharply during the peak of the coronavirus quarantine this year, it has since recovered and people are stockpiling more cash at home as a result of the pandemic.

The Bank of England estimates that between 20% and 24% of the value of banknotes in circulation is used for cash transactions, with another 5% held by British households as savings.

"Little is known about the balance, which is approximately £ 50 billion, but possible explanations include accumulation abroad for transactions or savings and possibly the accumulation of undocumented domestic savings in the UK or for use in the shadow economy." says the report of the National Audit Office (NAO), which monitors government spending.

There are currently five government bodies responsible for the administration or oversight of the UK monetary system, including the Bank of England, the Treasury, the Royal Mint, Financial Conduct Authority and the Payment Systems Regulatory Authority.

Recommended:
Geoinform of Ukraine recalculated the coordinates of special permits in the WGS-84 system
Gosgeonedra drew attention to the protests of Mariupol residents against zirconium mining
Energomashspetsstal made a unique roll weighing more than 200 tons for a customer from Luxembourg
On this topic
Ukraine needs to reduce mortgage rates to 8-10% - Confederation of Builders of Ukraine
NBU puts into circulation a 1000 hryvnia banknote
Prospects for the development of the economy and steel market in the EU in 2019-2020
The owner of the Turkish Erdemir is ready to invest a billion pounds in the future of British Steel
Will the UK government interfere with British Steel?
British metallurgy will lose about 5 percent of revenues annually due to Brexit
Add a comment
Сomments (0)
News Analytics
Where and how much gold is there in Ukraine?25-02-2021, 21:28
A plot with copper deposits in the Volyn region of Ukraine has risen in price25-02-2021, 18:26
ArcelorMittal is preparing to announce another price increase in the next few25-02-2021, 18:43
Indonesian gold mine collapse kills 3 people, 5 missing25-02-2021, 18:41
MMK them. Ilyich purchased electricity from Energoatom for 26 million hryvnia25-02-2021, 13:12
Troy ounce of gold will drop $ 500 in two years - Fitch25-02-2021, 18:29
Global iron ore production growth to outstrip cumulative production in India23-02-2021, 10:22
Fitch Ratings Warns of “Shocking Impact” on Fossil Fuel Exporters18-02-2021, 14:44
Raw material prices rise by about 10.5% in January 2021 - Deutsche Industriebank12-02-2021, 10:48
JP Morgan Analysts Announce New Super Growth Cycle in Commodities11-02-2021, 17:56
Sign in with: