Individual interests did not allow EU leaders to take decisive measures. This applies not only to measures against Turkey, but also to Belarus and other foreign policy issues. 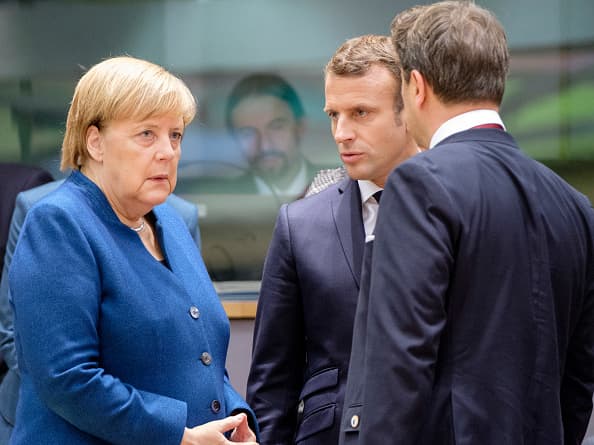 The heads of state and government of the European Union decided at a meeting in Brussels how to react to what they consider "provocative" actions of Turkey in the Eastern Mediterranean. The summit sent another ultimatum to President Recep Tayyip Erdogan, but refrained from imposing specific sanctions. EU leaders are divided.

Greece and Cyprus, in whose economic zone Turkey is conducting geological exploration, as well as France, are calling on the EU for a strong response, including sectoral restrictive measures and an arms embargo. And Germany, Spain and Italy are leaning towards soft pressure on Turkey.

But why does the European Union not demonstrate unity towards Turkey? An employee of the Austrian Institute for European Studies and Security believes that some countries prioritize their economic benefits, as is often the case in EU foreign policy.

“Italy is in a difficult situation. Her attention is riveted on Libya. The Italian energy company ENI, effectively controlled by the government, controls 45% of oil and gas production. All Libyan natural gas goes to Italy. Therefore, ENI and Italy have great interests in Libya and are forced to follow Turkey, ”says Michael Tanchum.

Professor Tanchum added that Malta has entered into military agreements with Turkey and the Libyan Government of National Accord in the hope of stopping the smuggling of migrants, drugs and weapons across the sea.

“One of the biggest problems in Spain is that it is highly dependent on Turkish debt. The Turkish lira is getting weaker. Spain loses the most from this. In Turkey, she has at least $ 63 billion in loans. This is more than France, Germany, Italy and Great Britain combined, ”concluded the Austrian expert.

The countries of Central and Eastern Europe count on Turkey as a NATO ally.

The leader of the largest political faction in the European Parliament is disappointed with the results of the summit last week. German Manfred Weber regrets that the introduction of tougher sanctions, and not only against Turkey, requires the consent of all EU members.

“The European Council made a decision against Turkey, but not strong enough. Therefore, the credibility of the European Union is at stake. It is obvious that the principle of unanimity in making such decisions blocks the entire power of the European Union. Individual interests did not allow us to go further. This applies not only to measures against Turkey, but also in relation to Belarus and other issues, ”Weber said.

Now EU leaders are waiting for the inauguration of Joe Biden, so that they can coordinate their actions against Turkey with the United States and enjoy the support of the new president. A decision on sanctions can be made in March.

Recommended:
Copper rises in price on exchanges after the resumption of the work of the US Congress
China's economic growth to exceed 7% in 2021 - Credit Suisse bank
Smart Holding and Dragon Capital agree to sell Unex Bank
On this topic
WTO to consider Turkey's complaint against European Union restricting steel imports
Oil prices jumped to 10-day high against the closure of the fields in Libya
Israel intends to supply gas to Europe along the bottom of the Mediterranean sea - launched project
The Europeans are demonstrating record support for the single currency – the survey results
The EU approved mechanism for sanctions against Turkey
Former US ambassador to EU: Trump's trade war will have "long-term consequences"
Add a comment
Сomments (0)
News Analytics
Industry association predicts 8% growth in passenger car sales in China in 202123-01-2021, 11:07
YUZHMASH expects the adoption of the new space program of Ukraine in the near22-01-2021, 15:18
Eleven miners still await rescue from exploded gold mine in China22-01-2021, 12:34
Rivne NPP shut down power unit No. 122-01-2021, 12:13
Russia will start producing "green" hydrogen22-01-2021, 10:47
China will overtake the United States to become the world's largest economy in27-12-2020, 12:04
The shortage in the US steel market will last at least until the end of the25-12-2020, 11:36
Steel production in China to surpass one billion tons this year23-12-2020, 10:59
Iron ore prices hit seven-year high and continue to rise15-12-2020, 10:26
Prices for metallurgical raw materials continue to rise in regional markets10-12-2020, 11:32
Sign in with: