Daimler, Scania, Man, Volvo, Daf, Iveco and Ford have signed a pledge to phase out traditional combustion engines by 2040. 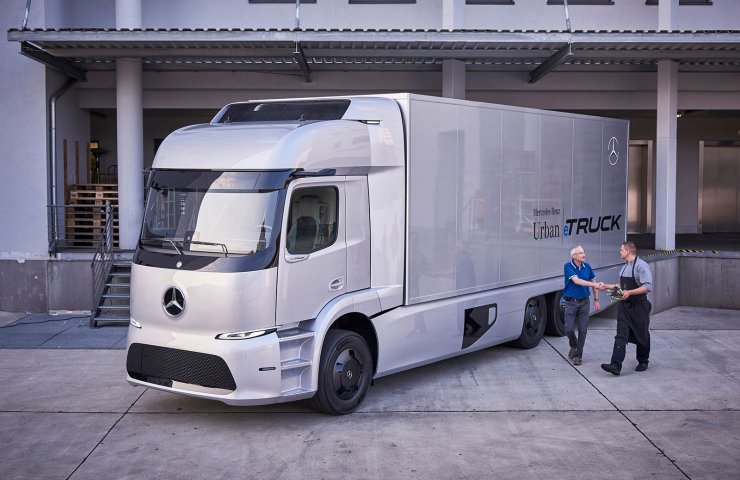 An alliance of the largest automakers in the European Union, including Daimler, Scania, Man, Volvo, Daf, Iveco and Ford, has signed a pledge to phase out traditional internal combustion engines (ICEs) to focus on hydrogen, battery technology and clean fuels.

Like Henrik Henriksson, CEO of Scania, told the Financial Times that the industry will spend around 50-100 billion euros on new technologies.

The automotive industry expects hydrogen, which requires its own network of fueling infrastructure, to be the most likely solution for long-haul trucks, while biofuels will help reduce emissions in the short term.

The planned changes will require significant investment in battery or hydrogen charging stations, as well as network upgrades to cope with the sudden surge in demand for fast chargers for a large truck.

Let us remind you that the EU plans to reduce 2 CO emissions by 50 percent by the end of the decade. To do this, the European auto industry must switch to emission-free vehicles in record time. By The European Association of Automobile Manufacturers estimates that the number of electric vehicles on the road will need to be increased 50 times by 2030 to implement the Green Agreement.

The UK has said it will stop selling new gasoline and diesel vehicles, including hybrids, by 2035, and will advise on ending the use of diesel trucks.

Japan also plans to abandon the production of cars with classic internal combustion engines. Tokyo authorities intend to introduce a ban on the sale of cars equipped with gasoline and diesel units by the middle of 2030. According to the Nikkei newspaper on Wednesday, Governor Yuriko Koike set this goal at a meeting of the capital's government.

Recommended:
Natural gas prices in Europe soar to two-year highs
180 miners were evacuated at EVRAZ iron ore mine due to emergency
KZhRK began work on the installation of a new skip hoisting unit at the Gvardeyskaya mine
On this topic
Korean auto makers will switch to hydrogen engines with help from Chinese steelmakers
Volvo to offer customers a full range of electric trucks in 2021
Mercedes-Benz may face sales ban in Germany
Volvo and Daimler are uniting to develop hydrogen engines for trucks
Samsung SDI and Volvo to jointly develop batteries for electric vehicles
Is the German auto industry preparing for a collapse?
Add a comment
Сomments (0)
News Analytics
Industry association predicts 8% growth in passenger car sales in China in 202123-01-2021, 11:07
YUZHMASH expects the adoption of the new space program of Ukraine in the near22-01-2021, 15:18
Eleven miners still await rescue from exploded gold mine in China22-01-2021, 12:34
Rivne NPP shut down power unit No. 122-01-2021, 12:13
Russia will start producing "green" hydrogen22-01-2021, 10:47
China will overtake the United States to become the world's largest economy in27-12-2020, 12:04
The shortage in the US steel market will last at least until the end of the25-12-2020, 11:36
Steel production in China to surpass one billion tons this year23-12-2020, 10:59
Iron ore prices hit seven-year high and continue to rise15-12-2020, 10:26
Prices for metallurgical raw materials continue to rise in regional markets10-12-2020, 11:32
Sign in with: