Volkswagen made the final choice between hydrogen and electric motors

VW's cargo division, the Traton holding with the MAN and Scania brands, is betting on electric motors and curtailing the development of internal combustion engines. For hydrogen engines, the narrow-niche segments of buses and concrete mixers remain. 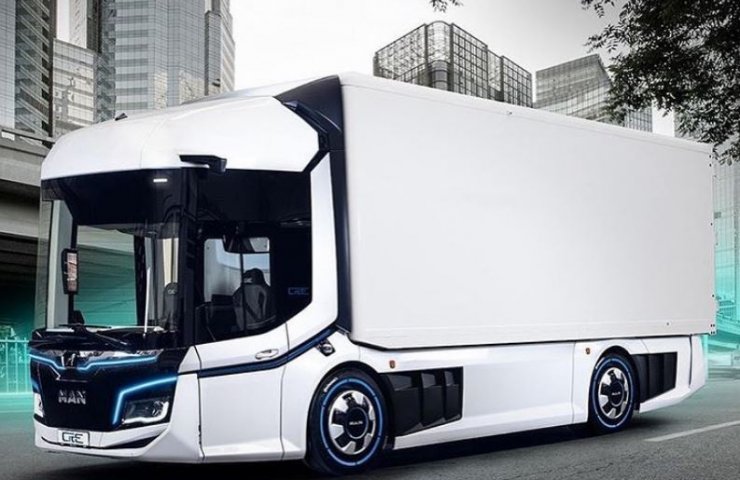 Volkswagen has finally relied on electric vehicles. The largest car manufacturer in Europe took a course on a large-scale and accelerated transfer of its passenger cars to electric traction several years ago. But until now, the question of the main direction of development of the cargo division of the concern - Traton holding with such well-known brands as German MAN and Swedish Scania - remained open. Now there are no more doubts.

“Traton has a clear bet on electric trucks. The transition will not happen from day to day, but step by step. This will be sustainable development accompanied by the creation of the necessary charging infrastructure. Without it, nothing will work out, ”the head of the holding, Matthias Gründler, announced on 22 March.

The Traton Group brand is still little known to the general public, which is not surprising: it appeared only in August 2018, when Volkswagen decided to transform its Truck & Bus division of trucks and buses into a separate joint-stock company and bring it to the stock exchange. This happened in June 2019. However, only a little more than 10% of the shares went into free circulation at that time, almost 90% of the securities were retained and is still held by the parent concern.

Today, Traton, headquartered in Munich, is a company with an annual turnover of 22.6 billion euros, which was released before the coronavirus pandemic to produce about 230-240 thousand cars per year. It has 82,600 employees at 29 factories in 17 countries in Asia, Latin America, Africa and Europe, including Russia: MAN and Scania trucks are assembled in St. Petersburg.

Until now, Traton was going to invest 1 billion euros in electric mobility-related scientific, technical and experimental development (R&D) until 2025. Now it has been decided to add another 600 million euros to this amount. At the same time, the share of funds allocated for the development of classic internal combustion engines (ICE) in the R&D budget is decreasing. It will now be less than one-fifth, according to a press release from Traton.

Initially, the focus will be on buses. In 2025, every second new MAN bus will be equipped with an alternative engine. By this time, 10% of Scania trucks sold in Europe will be electric.

In 2030, half of Sweden's new Scania trucks will be electrically powered. At the same time, MAN will switch to engines without greenhouse gas emissions at least 60% of trucks intended for distribution of goods, and 40% of vehicles for transporting goods over long distances.

Traton announced its strategic choice in a situation where there is an intense discussion in the global automotive industry about the prospects for various alternative engine technologies. And if in the field of passenger cars the scales, especially in Europe, are already clearly leaning in favor of battery-powered electric motors and doubts are growing about the feasibility of the parallel development of hydrogen-electric engines, then in the field of freight transport it still seemed that hydrogen (H2) has a good chance of becoming a leader.

There is a widespread point of view according to which powerful electric freight vehicles would require such a large and, most importantly, heavy battery that this would inevitably significantly reduce their carrying capacity and thus profitability. In addition, refueling with hydrogen takes several times less time than recharging an electric car, and the range when using H2 is noticeably higher.

"A hydrogen truck has a serious drawback compared to an electric truck that runs exclusively on battery power: only a quarter of the original energy ultimately provides the drive, three quarters is lost between the energy source and the road, and the electric truck has the opposite ratio", - explained the head of Traton Matthias Grundler.

Nevertheless, Matthias Grundler does not at all consider hydrogen engines unpromising and is not going to abandon development and production: in the next ten years they will certainly find their niches. For example, their use may be useful in long-distance buses, which will not have time to recharge their batteries during short stops.

As for traditional diesel trucks, Matthias Grundler assured that they will be produced as long as customers want to buy them. But there will be no new generations of internal combustion engines after 2024.

The head of Traton admitted that so far, electric trucks are more than twice as expensive as diesel ones. But from about 2025, they will be more economical to operate. With subsidies, taxes and CO 2 fees, the transition could be accelerated. The speed of creating a network of charging stations will play an important role. But in any case, it will cost less than a network of hydrogen refueling stations, Matthias Grundler emphasized.

Recommended:
Start-up and commissioning works at SlavTES will start on April 9
Metinvest was the first in Ukraine to launch a CRM system to improve customer service
The largest titanium deposit in Ukraine went to Dmitry Firtash
On this topic
Lamborghini reports record profits in 2020
Volkswagen starts new round of job cuts in Germany - Handelsblatt
Major European automakers will stop producing cars with internal combustion engines until 2040
Volvo to offer customers a full range of electric trucks in 2021
VW loses more than 2 billion dollars a week because of coronavirus
Is the German auto industry preparing for a collapse?
Add a comment
Сomments (0)
News Analytics
Iran is satisfied with the reaction of the world community to 60% enrichment of18-04-2021, 13:24
Gas prices in Ukraine have reached a record value over the past two years -16-04-2021, 17:24
Ukrmetallurgprom asks the Antimonopoly Committee to allow Metinvest to bid for16-04-2021, 17:23
A fatal accident occurred on the territory of the Dnieper Metallurgical Plant16-04-2021, 13:01
Cars built for Euro 2012 will be repaired at the Kryukov Carriage Works16-04-2021, 12:46
World Steel Association predicts a good year for metallurgists15-04-2021, 18:19
World Steel Association defines green steel and its variations12-04-2021, 13:14
China unlikely to cut steel capacity in 2021 due to high steel prices07-04-2021, 12:11
Scrap metal market at the beginning of April02-04-2021, 11:10
Rising Chinese Prices Fueled Rising Global Steel Prices - MEPS25-03-2021, 18:54
Sign in with: