The Japanese company has accused British ports of constant delays in cargo handling and plans to switch to air delivery of parts. 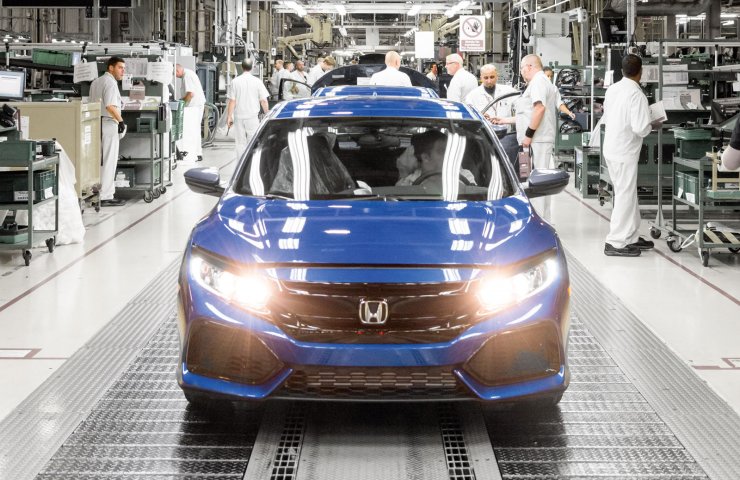 Japanese automaker Honda has suspended production in the UK indefinitely, citing a shortage of parts due to delays in port handling.

The auto giant said it is considering other delivery mechanisms such as air travel.

Congestion at UK container ports has escalated in recent weeks as companies ramped up orders after an initial lockdown from the pandemic, while some attempted to stockpile goods before the end of the Brexit transition.

Problems in UK container ports have been piling up for weeks. Business complained that ship parties were delayed or even ended up on the wrong side of the channel.

The transshipment in the ports of England is now so great that some shipping companies have limited the amount of cargo they bring into the UK. Some consignments are reported to have been unloaded at mainland ports such as Antwerp, Rotterdam and Zeebrugge.

Recommended:
Ferrexpo has appointed a new member of the Board of Directors
Baku Steel Company appoints new director to replace Mammadov, who was arrested the day before
Elon Musk invited Vladimir Putin to the online chat Clubhouse
On this topic
£ 50 billion in cash "missing" at the Bank of England
Honda announced the start of mass production of autonomous cars of the third level
Is the German auto industry preparing for a collapse?
British Steel buyer has not yet appeared
Honda's hybrid technology will bring India's EV future closer
British metallurgy will lose about 5 percent of revenues annually due to Brexit
Add a comment
Сomments (0)
News Analytics
Metinvest will gain control over the largest producer of coking coal in Ukraine04-03-2021, 19:26
Ukrainian business sees great opportunities in expanding China's openness -04-03-2021, 19:08
The fall in the price of nickel by more than 8% was the sharpest in 4 years04-03-2021, 18:25
At the Yaroslavsky metallurgical plant in the Dnieper began to pay for new04-03-2021, 14:39
Novokramatorsk Machine Building Plant strengthens its position in the national04-03-2021, 14:44
Spread between raw materials and high strength alloy steel in Europe increased01-03-2021, 20:21
Increase in prices is forecasted in the markets of steel raw materials -26-02-2021, 09:25
Troy ounce of gold will drop $ 500 in two years - Fitch25-02-2021, 18:29
Global iron ore production growth to outstrip cumulative production in India23-02-2021, 10:22
Fitch Ratings Warns of “Shocking Impact” on Fossil Fuel Exporters18-02-2021, 14:44
Sign in with: